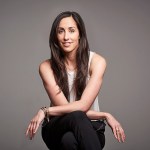 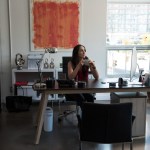 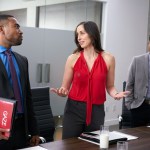 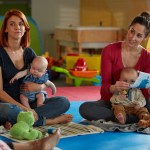 Catherine Reitman, the co-writer, director and star of the hilarious sitcom, now available on Netflix, hopes every working mother in America who needs to know they are ‘normal,’ will tune in.

If you’re a mother and you feel ‘judged’ all the time, no matter how hard you try to juggle being a good mom and a working woman, then there’s no doubt – you desperately need a laugh. Well, laugh you will, from the minute you turn on the first episode of Workin’ Moms, which is new on Netflix.

‘I think we’re all so being judged, but particularly women and particularly mothers — it seems like an impossible landscape for women,” reflects Catherine Reitman, 37, the mom of two young sons, who conceived of Workin’ Moms and now co- produces, co-writes, co-directs and co-stars in the series.  “So judgement was the jumping off point of the entire series,” she tells HollywoodLife.com in an EXCLUSIVE interview.

Reitman had just had her first son, Jackson, now 5, and was suffering from postpartum depression when she was kicked out of her ‘Mommy & Me’ group after confessing her dark thoughts. “I kept having this fantasy that I’d be driving on the highway and a car would just hit me and stick me in the hospital,” she recalls. After sharing this depressive obsession with the other ladies in the group, they looked at me like I was crazy. And in fact on my way back to my car, sort of in so many words, told me that this might not be a match.”

Talk about being judged!

But instead of getting more depressed, the episode made Reitman laugh and when she told her husband of 10 years, Philip Sternberg, about it, he encouraged her to write about it. That’s exactly what Reitman did after she and Sternberg, who now co-produces and co-stars as her husband in the show realized that they didn’t see ‘the darkness and lightness’ of motherhood being portrayed as the focus of any TV show that already existed.

Reitman, a native of LA who moved to Toronto to film the show, got busy using her own experiences, and created Workin’ Moms about the identity crisis of four women who are now new mothers and are trying to figure out the next step.

Her character, Kate, is just returning to work as a senior executive in a PR agency, after maternity leave, and as you can imagine, it’s not easy. She’s “bright, grounded and ambitious to a fault,” but of course, while she’s been away, a young, hotshot guy has been hired from a competitive agency and he’s trying to horn in on her accounts. On her first day back, she valiantly struggles to pump breast milk in a toilet stall at the office, spills it on her blouse then knocks over the ‘liquid gold’ on her desk and gets stuck late at the office, helping her all male colleagues brainstorm ideas for an original new campaign. Her insensitive male co-workers joke that her baby will start calling the nanny, ‘mom,’ and that’s all it takes for Kate to have a tearful, guilt-ridden meltdown.

The scene is based on Reitman’s own experience of missing her first Mother’s Day, because she was hanging out with a bunch of improvisational comedy guys helping them work. “It was really funny in retrospect, but at the moment, I felt like I was dying.”

Workin’ Moms starts every episode of the first season with Kate and her three friends gathered in their Mommy & Me group, nervously taking their cues from their beyond politically correct group leader. The insecure new moms sit on a colorful mat confessing that they couldn’t help it — they were forced to use the ‘c’ word and the ‘n’ words with their babies. Horrors of horrors. The ‘c’ word turns out to be, ‘can’t,’ and the ‘n’ word is, ‘no.’

Male bosses and colleagues are clueless and treat Kate like ‘an alien’ because she’s just had a child. But Reitman reveals that the biggest villain in the season, turns out to be a female misogynist. “There’s a generation of women who had to make sacrifices that I have not had to make, and as a result, there’s a bitterness, which I think contributes to the misogyny,” she believes.

As for Reitman’s real life schedule; it’s packed and punishing when she is filming the show for two and a half to three months at a time. She has to dash out of her house  between 4 and 5 am and doesn’t get home until after the last scene of the day is wrapped, between 9 and 10 pm, so sadly her two sons, are asleep. “There’s several days where I won’t see my kids in a row and the only way I’ll see them is they come and have lunch with me on set… and I can’t really cuddle them because I have hair and makeup and wardrobe on and I’ve got a 2 year old (Liam) who wants to drool and scream and smash his food into me.”It’s challenging,” she admits to HollywoodLife.

That’s motherhood. And for once the experience of being a working mother in all its challenges, joys and hilarious insanities, is the full focus of a TV comedy series. And like every real like mother, these moms are flawed and therefore, completely relatable.

Reitman only hopes that her viewers can watch and feel ‘normal.’ “Like they can connect and feel that they’re ok, they’re not alone.”

Tune in now to Season 1 on Netflix. Season 2 will drop this spring and Season 3, will be some time after that.