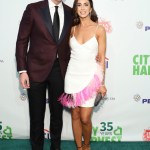 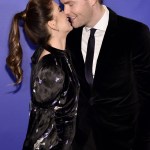 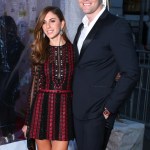 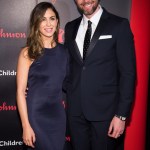 Congratulations are in order for Ryan and Emilia Serhant! The reality stars welcomed their first child, a baby girl, after years of trying to get pregnant!

Congrats to new parents real estate agent Ryan Serhant, 34, and his lawyer wife Emilia, 33! Ryan, of Million Dollar Listing fame, said in an Instagram post that you can see here that his wife Emilia gave birth on Feb. 26. He revealed in the ‘gram – which was structured as a love letter to his daughter – that the couple had struggled for three years to get pregnant.

“Your momma and I have waited almost 3 years to meet you,” Ryan said. “We had no idea how difficult getting pregnant with you was going to be. We tried everything. We were so nervous you might never come.” He then revealed that Emilia got pregnant through in vitro fertilization, although the couple was “scared” it “wouldn’t work.”

“And then you stuck,” he said, after finding out that they were pregnant. “And then we heard your little heartbeat for the first time. Your mom and I were so excited every time we would go to the hospital to see you, but even more terrified we would lose you. Because the fact that we were pregnant – as beautiful as it was – was almost too good to be true.”

Ryan described how excited he was to meet his baby. “I feel like I’ve spent my whole life working towards this moment, when everything would make sense,” he continued. “One day when you read this, I hope you can look back and be proud. And please go and give your Mom a BIG kiss because she’s a true warrior, a fighter with the biggest heart, and the Queen of my world. Seriously – one day we will tell you about all the shots, the pain, the sickness, and what birth was like for your Mom on Tuesday the 26th – it was insane! We love you now and forever, our new, beautiful, little puff. Love, Dad”

Ryan and Emilia got married in 2016 in Greece, and starred in their own Bravo show about their wedding called Million Dollar Listing New York: Ryan’s Wedding. We’re so thrilled for Ryan and Emilia, and we’re sure they’ll make great parents to their newborn daughter!