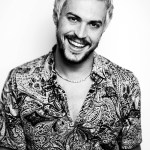 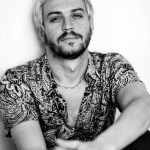 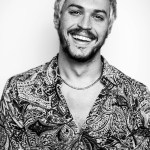 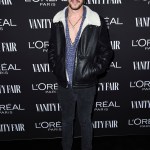 You may know Alex Kinsey from his time in the ‘X-Factor’ winning duo Alex & Sierra, but these days, it’s the solo road for the talented singer! Listen to his debut self-released single & see the ’emotional’ backstory.

It’s been just over a year since musical duo and real-life couple Alex & Sierra called it quits, but fans no longer have to shed tears. Alex Kinsey is back with new music, and his debut solo tune, “Simple,” brings back those familiar soaring vocals we love to hear! The singer’s new single is an all-too-relatable track for those who have been through a breakup of their own, and it’s sure to put fans in their feels. The track received a funky, electric video to match, and Alex is giving us major Zayn Malik vibes with this one!

Before “Simple” hit streaming services, Alex told us all about his newfound freedom from penning his own tracks, but he also reflected on that fan-favorite song he wrote with Sarah Hyland in 2017! Catch HollywoodLife’s EXCLUSIVE chat with Alex below, where he details his amazing friendship with Sarah, who he admits was his very first friend in Los Angeles! Plus, Alex told us that he’s looking forward to releasing a full EP, and it’s coming sooner than later.

What vibe were you going for when you set out to make “Simple”?

It kind of touches on past relationships, but I don’t know that I had a specific idea when I set out to make it. A lot of times when I’m writing and when we’re creating, we just sort of go with the flow and access it afterwards. So, I think that this one sort of happened organically.

I know you said it touches upon past relationships. Was that an emotional process for you?

Definitely. There’s a lot of emotions behind it because it is the first thing I’m ever putting out solo, and I know that there’s a lot of already preconceived notions about what I’ll be putting out and stuff, so, it’s an emotional process for that reason, but it’s also an emotional process due to the contents of the song. It definitely came from the heart and came from experience.

Yeah, it’s really cool, and it’s the first time in my life I get to have full say in my work. It’s also my chance to sort of speak my peace [SIC] and tell my side of the story without having to go to far into details specifically.

Do you think this is the beginning of a full album to come?

I definitely plan on releasing an EP, I’m shooting for April or May. I haven’t planned out the date exactly yet, but that’s the goal!

Fans really loved your previously released song, “Know U Anymore,” with Sarah Hyland. How was it working with her?

She was maybe my first friend I made in Los Angeles! She watched X-Factor back in the day and would come and hang out with some of us while we were on the show, and then I moved back out to LA and she became a really good friend, and I ended up living at her house for a little while. When I was like, “What do you think about lending your vocals to us for this song?”, she immediately was like, “Yes, yes yes, I love this song, I want to be on board.”

Is there an artist that would be a dream for you to work with?

Oh man. There are so many people! John Mayer is on my list. I’d love to work with Ed Sheeran.