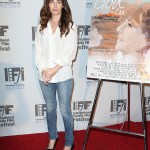 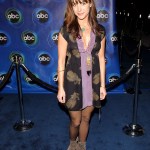 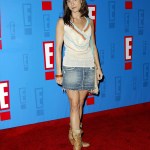 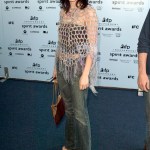 ‘CSI’ and ‘Halt & Catch Fire’ star Lisa Sheridan has tragically died at the age of 44. The actress was found dead in her home on Feb. 25 in New Orleans.

UPDATE: On Thursday afternoon, the New Orleans Coroner released a statement regarding Lisa’s death: “This case remains under investigation.”

ORIGINAL: Hollywood has lost another bright star. Actress Lisa Sheridan has died. The actress, who was from Georgia, was just 44 years old when she passed away. Lisa had appeared on countless TV shows over the years. HollywoodLife is taking a look back at her life and will give you the latest details about her tragic death.

1. Lisa was found dead in her home on Feb. 25. Her manager, Mitch Clem, confirmed the devastating news on Feb. 27. “Lisa passed away unexpectedly on Monday morning,” Mitch said in a statement to HollywoodLife. “She was at home in New Orleans. Obviously, we were all blindsided with this devastating loss.  Lisa was deeply loved.  We are heartbroken and enormously saddened. Cause of death is not known at this time. We are waiting for the coroner’s report.”

2. Her manager is denying Lisa took her own life. Mitch also said that Lisa’s “family has unequivocally confirmed that this is not a suicide. Any suggestion to the contrary is absolutely, 100% unfounded.”

3. Her TV credits include several well-known shows. Lisa’s first role was on Step by Step in 1997. Over the years, she had roles on CSI: Crime Scene Investigation, CSI: Miami, The Mentalist, and Halt & Catch Fire. Her last role was in the 2018 movie Strange Nature.

4. One of her friends posted a heartfelt tribute on Facebook. “I just received news that my dear friend, actress Lisa Sheridan, has passed away,” Donna D’Errico, who worked with Lisa on the 2015 film Only God Can, wrote on Facebook. “She was found Monday morning. I am sitting here stunned. Lisa and I filmed a movie together 5 years ago and became very close on set and remained close friends after filming ended. It’s so rare to find kind, gentle souls like hers in this industry, this city…even this world. Truly one of the most genuinely sweet and gentle people I’ve ever come across in my life. She brought a sweetness and bright energy to any room she happened to walk into…even in her darker times. I am devastated by this loss. I had just spoken with her and everything seemed great and she seemed happy and in good spirits. Everyone who knew her loved and adored her. Goodbye and goodnight sweet angel…I will miss you terribly.”

5. She was previously engaged to actor Ron Livingston. Lisa and the A Million Little Things star began dating in 2000. They got engaged in 2001 but had broken up by 2003.