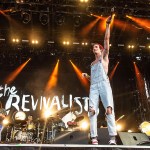 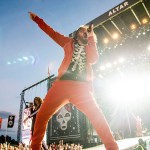 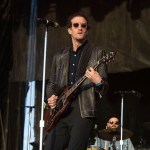 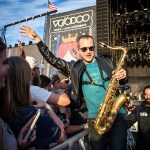 After slaying the ‘Today’ show stage with their rocking hit, ‘Change,’ The Revivalists have more big plans head in 2019! Hear what frontman David Shaw has to say about the band’s new video, & the ‘magical’ place they filmed it in.

New Orleans-hailing rockers, The Revivalists, are on a roll. The band has already hit the ground running in 2019 with a slew of show-stopping appearances including iHeartRadio’s ALTer Ego show, and a stop on the Today show. Plus, after packing venues across the pond for their first-ever UK and European shows, the band is hitting stages across the U.S. this spring! Their infectious tracks have captured hearts of rock & roll fans everywhere, but this is just the start for the band. We caught up with vocalist David Shaw to hear about their time sneaking away for a video shoot in Santa Fe, and how “Change” actually holds a multitude of meanings.

Congrats on the new single! Why the title “Change”?

“Change,” honestly, it seemed fitting for the tune. I think just because you know, change can be a lot of things. It can mean a lot of different things for different people, and evoke different feelings. So, I just thought it was provocative.

Were you going through change of your own when you wrote that track?

Definitely. I want to hear all about the video too! Do you have any standout moments or memories from shooting the video?

Oh, man. I mean, the place is just magical. It’s just so cool. You’ve gotta go there. You have to go. It’s called Meow Wolf. It’s in Santa Fe, New Mexico. It’s a creative space where artists put these rooms together, and it’s just magical.

Do you think “Change” is a good reflection of the album as a whole?

You know? It has been of the various things that we do as a band. As far as just like a good snapshot of everything we do, I’m gonna say that it’s like a piece of the pie. I’m not going to say it’s encompassing of everything that we do, because, we just do so many different kind of styles.

Is there anyone that you kind of have on heavy rotation on your own playlist right now?

I’m a big fan of The Arctic Monkeys. They’ve put out a new record this past year, 2018 and I really loved it! And Jungle, I like the new Jungle album, too.

You guys killed it on the Today show! How was that experience?

Fans can catch the band’s incredible new video for change here. Then, be sure to catch the guys on the road this Spring!