In the final moments of How to Get Away with Murder’s season 5 penultimate episode, Telesco comes to Gabriel’s door with answers about his father, Sam Keating. Gabriel has been searching for answers about his dad all season long, and this scene was the perfect lead-in to the season 5 finale. HollywoodLife sat down EXCLUSIVELY with Rome Flynn, who plays Gabriel, to talk all things HTGAWM.

The finale is titled “Please Say No One Else Is Dead,” so we had to ask Rome whether or not there could be another death in the season finale. “I think that — would it be the show if someone wasn’t dying? I don’t know. We’ll see what happens. I can’t say. There’s going to be a big twist [going] into the next season,” Rome told HollywoodLife. “The end of the finale is going to really shake stuff up. You never know what to expect.” The show hasn’t been renewed yet for season 6, and Rome admitted that this season will not end with things wrapped up in any way.

“It won’t be tied up at all,” Rome continued. “I don’t think so at all if it ended with this last episode. You’d be left with more questions, I feel like. I’m hopeful that we come back for season 6. I think they’ve done well with the writing and going back to the roots of How to Get Away with Murder before I was there. As a fan of the show myself, when I watched I really liked the courtroom scenes and the classroom scenes. They kind of went back to that sort of formula, and I think that it resulted in people just being crazy about it again.”

As far as what Gabriel will do about Telesco, Rome doesn’t think Gabriel is going to betray Annalise. “I think if Telesco came to Gabriel before he really got to know Annalise, I think he may have just turned and done exactly what she asked,” Rome said. “But I think at this point, he probably feels some sort of obligation to Annalise. He doesn’t know the extent of what happened to his dad just yet. He feels like she is partly responsible, but in some odd way, she’s the closest thing to his dad that he knows of besides his mom. But his mom wasn’t around his dad growing up or anything like that so the most relative person would be Annalise.”

Another aspect of Gabriel’s storyline is his connection with Michaela. Rome admitted that he thinks there could be something more between Gabriel and Michaela in the future. “I know the perception of people who watch the show because they’re so involved emotionally with the Keating 5 and Annalise, I think the idea of Gabriel actually liking Michaela is probably over their heads at this point because they only see him as a threat,” Rome said. “But I don’t see why he wouldn’t actually feel the way he feels about her. Maybe it will develop into something next season. I’m not sure exactly.” 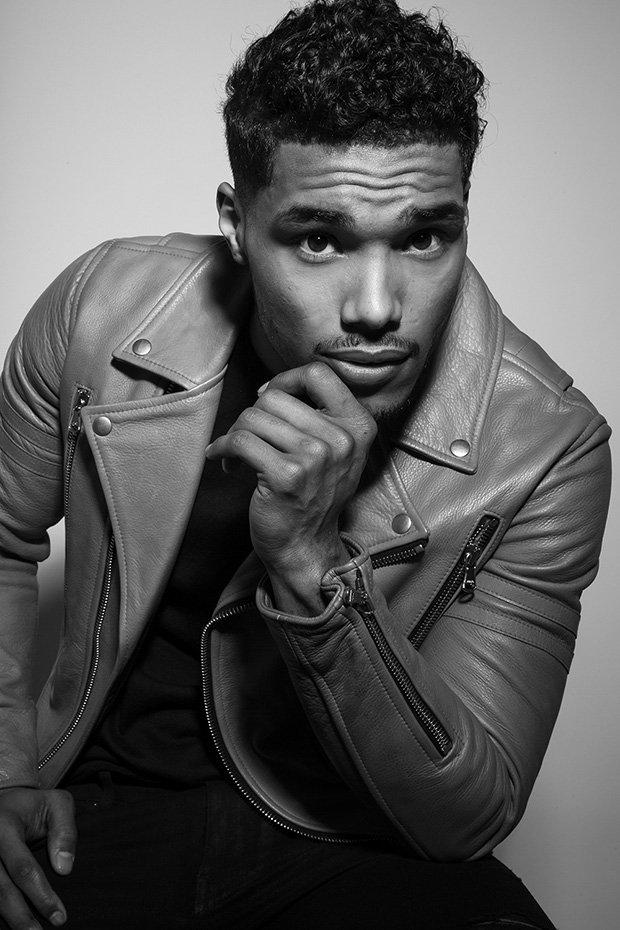 Rome has a lot of hopes for a potential season 6: “I’ve had my fair share of opportunity as far as storyline goes. Gabriel has been in the thick of a lot of stuff these past episodes for the most part. I think for next season, it’s really a good build up for really good scenes for Gabriel and Annalise or Gabriel and Michaela. Because at this point, like I said, this season has really been figuring out what we know. And now we know what Gabriel knows to a certain degree, so I feel like we really can get deeper into stuff.”

While he wouldn’t say whether or not Gabriel’s mom would be appearing in the finale, she has been a looming figure over the entire season. “I know that Pete [Nowalk] definitely has plans for Gabriel’s mom. Obviously, the dynamic of Vivian and Annalise together, including Gabriel, is just a lot to un-bottle.” He also doesn’t think Gabriel will learn everything about his dad any time soon. “I think there are so many moving parts,” Rome continued. “I just think if we were to put a cap on it now, it would be way too soon.” The How to Get Away with Murder season 5 finale will air Feb. 28 at 10 p.m. on ABC.