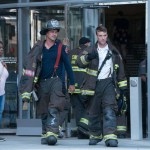 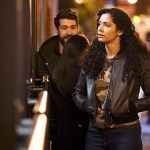 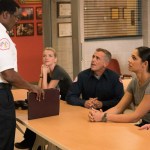 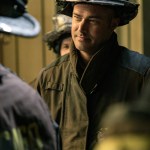 The back half of ‘Chicago Fire’ season 7 is in full swing, so what’s next for Stella? HL spoke EXCLUSIVELY with Miranda Rae Mayo about Stella’s life after breaking with Severide and potentially moving on!

Stella Kidd is entering new territory in the upcoming episodes of Chicago Fire. Miranda Rae Mayo gave HollywoodLife some major EXCLUSIVE scoop about what’s ahead for our beloved Stella. “Lots of investigations. She turns into Detective Kidd. She dives deeper into what moving on from Severide feels like, she also discovers a questionable scene on an incident, and takes it upon herself to get to the bottom of it. She’s digging in the back half!” Miranda teased.

One recent change in Stella’s life is she’s newly single after calling it quits with Severide in the winter premiere. However, a man named Keith has caught her eye. Stella helped rescue Keith on a call, and he later asked her out. Could a romance develop between these two? “It is certainly looking that way. They definitely have chemistry,” Miranda said. She also added: “He makes her laugh, which is a big deal! Stella doesn’t want to rush into anything, but she’s also doing her best to not shut down something that could be good for her.”

As far as Severide goes, Stella is staying out of his orbit for a while. “Who knows what is going on in that man’s head. That’s the one thing Stella isn’t investigating right now. It’s a jigsaw puzzle and she is leaving it alone,” Miranda noted. However, Miranda admitted that she still has hope for Stellaride to get back together. “I love them together!” she said.

Miranda really thinks they could make things work, but Severide just needs to get his you-know-what together. “If Kelly tries to win her back and starts communicating more then, yes. I also think Stella needs to stop trying to save him from himself. She’s got to trust their bond and give him space when he needs it. Let him spiral out for a minute and then be there chilling when he comes back to his senses.” Chicago Fire season 7 airs Wednesdays at 9 p.m. on NBC.