Sir Elton John, 71, is the ultimate party host! The singer’s annual Elton John AIDS Foundation’s 27th Academy Awards viewing party — held at West Hollywood Park during the Oscars — was a star-studded one this year. Names like Heidi Klum, Chase Crawford, Adrianna Lima and more celebrities attended the bash, along with many more familiar faces. See photos from the 2019 viewing party in our attached gallery!

While at the party, guests will dine on a five course meal by Chef Wayne Elias and Crumble Catering, who’ve handled the event’s food for the last 15 years. Alexander Gilkes of Paddle8 will present the live auction before the night’s entertainment — a performance by The Killers, followed by DJ Johnny Dynell, who will take over for the afterparty entertainment.

This year’s sponsor is IMDb — the film and entertainment database information website — will broadcast its annual “IMDb Live” streaming show for the first time ever. The special four-hour show will be co-hosted by Aisha Tyler and Dave Karger. The conversational show will give viewers an inside look at the annual show and the night’s entertainment news. 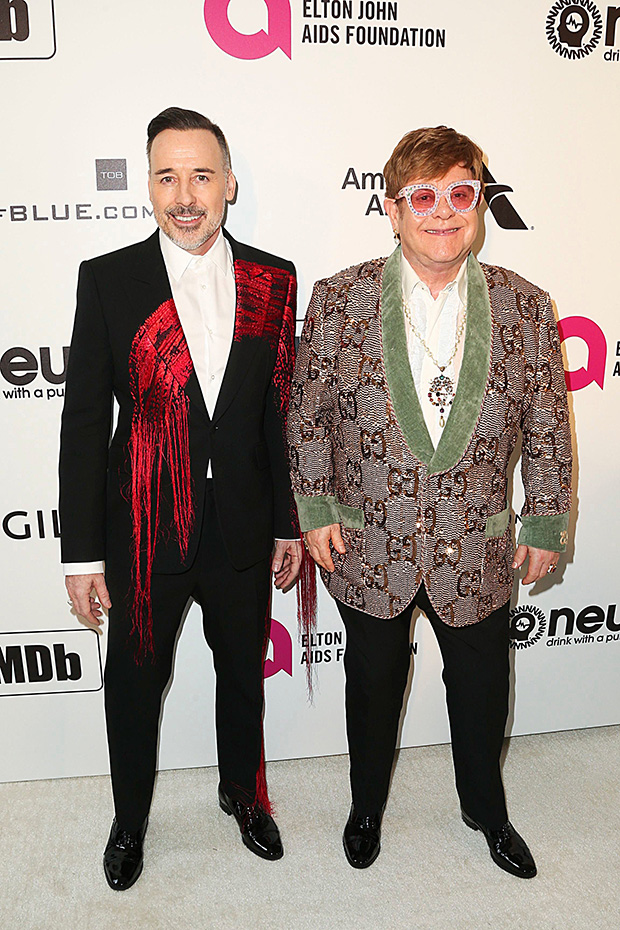 Sir Elton John’s event has been helping fight HIV/AIDS since 1993, the year of its inception. “At the Elton John AIDS Foundation (EJAF), we believe AIDS can be beaten,” the official website states. “We act on that belief by raising funds for evidence-based programs and policies and also by speaking out with honesty and compassion about the realities of people’s lives.”