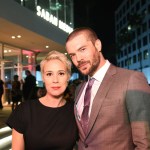 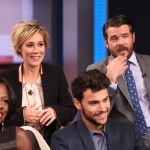 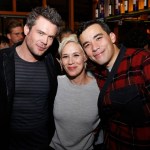 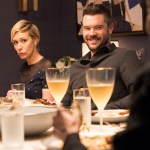 Oh no! Charlie Weber and Liza Weil are officially over. The ‘How To Get Away With Murder’ actor confirmed the heartbreaking news that he and his co-star have split up. Get the details here.

As fans of How To Get Away With Murder, we love the heart-pounding drama delivered to us on a weekly basis, but we never wanted to experience the emotions we’re feeling after learning that co-stars Charlie Weber, 40, and Liza Weil, 41, have broken up. Yes, that’s right — Bonnie and Frank are no more and we’re devastated. “Liza and I share an amazing relationship rooted in love and respect. That relationship has found its way back to the great friendship we’ve always had,” Charlie said in a statement to People. “We will continue to support each other and will always love working together.”

Charlie and Liza’s super sad split comes two and a half years after it was revealed publicly that they started dating in the summer of 2016. Even though they liked to keep a large part of their relationship private, Charlie did open up about how he fell in love with Liza during an interview in 2017. “We were great friends and we found ourselves in a position to be more than that,” he said on the Allegedly with Theo Von & Matthew Cole Weiss podcast. “You spend a lot of time [together] and we, I very much enjoyed spending time away from work and so it all just kind of came together like that. I’m very happy.”

Charlie also added, “We’re very like-minded when it comes to our approach to acting. We’re two actors who are very dedicated to what they do and have a very easy time separating who we are and who we are as characters.”

Charlie also said that their relationship developed “naturally” after they both went through divorces at the same time. Charlie was previously married to Giselle Weber from 2015-2016, and Liza was married to Paul Adelstein from 2006-2017.