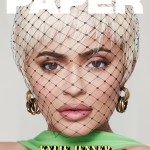 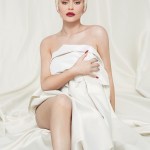 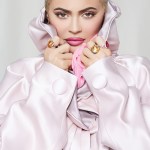 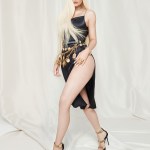 Whatever the internet trolls and critics may say, Kylie Jenner swears that she hasn’t had plastic surgery and she says there’s a good reason why her looks have transformed.

Good hair, makeup and fillers. Those are the secrets to Kylie Jenner’s facial transformation over the years. That’s what the 21-year-old is saying in a new interview, published on Feb. 19. Kylie – who appears on the digital cover of PAPER Magazine’s Transformation issue – is slamming any suggestions that she’s had cosmetic surgery. “People think I fully went under the knife and completely reconstructed my face, which is completely false,” she tells the magazine. “I’m terrified! I would never. They don’t understand what good hair and makeup and, like, fillers, can really do.”

Yes, Kylie is admitting that her famous plumped up pout is the result of fillers. “I’m not denying that,” she says. At just 21 Kylie is a makeup mogul who has 127 million Instagram followers and is on track to become a billionaire. Or, as Forbes magazine claimed in a July 2018 issue, a “self-made” billionaire thanks to her massively successful Kylie Cosmetics.

It was that title that infuriated many critics who noted that the Kar-Jenner became a household name when she was just 10, thanks to her family starring in their own reality TV show, Keeping Up With the Kardashians. But Kylie pushes back in the PAPER interview, saying that “the self-made thing is true” and claiming that her parents – Kris and Caitlyn Jenner – “cut her off at the age of 15.”

“My parents told me I needed to make my own money, it’s time to learn how to save and spend your own money, stuff like that,” the mom-of-one says. “What I’m trying to say is I did have a platform, but none of my money is inherited.”

As for that “platform” and her love of cosmetics, Kylie says they’re both good things. “Makeup is something that makes me feel empowered, makes me feel good, and I think it’s such a positive thing,” she says. “There’s no harm in playing around with it and feeling good about yourself.”