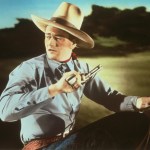 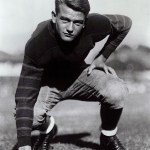 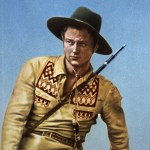 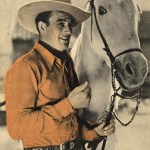 A nearly 50-year-old ‘Playboy’ interview with John Wayne has unearthed gross and shocking details about the legendary actor, including that he supports white supremacy and homophobia. Read the full 1971 interview here.

Alright, kids. It’s time to learn an important fact about old Hollywood. John Wayne, beloved star of golden-age westerns like How The West Was Won and True Grit, was unapologetically for white supremacy. No really; he’s admitted this! A new generation is learning this unsavory fact after a 1971 interview with Playboy started making the rounds on Twitter. In it, he definitively says that he’s a white supremacist. Just read a few excerpts from his interview with Playboy contributing editor Richard Warren Lewis. You can read the full archived interview HERE.

Playboy asks Wayne, “[Civil Rights activist] Angela Davis claims that those who would revoke her teaching credentials on ideological grounds are actually discriminating against her because she’s black. Do you think there’s any truth in that?” His response is disturbing:

“With a lot of blacks, there’s quite a bit of resentment along with their dissent, and possibly rightfully so,” Wayne says. “But we can’t all of a sudden get down on our knees and turn everything over to the leadership of the blacks. I believe in white supremacy until the blacks are educated to a point of responsibility. I don’t believe in giving authority and positions of leadership and judgement to irresponsible people.” Playboy shoots back, asking him how he’s qualified to “judge which blacks are irresponsible and which of their leaders inexperienced?”

“It’s not my judgement,” Wayne says. “The academic community has developed certain test that determine whether the blacks are sufficiently equipped scholastically. But some blacks have tried to force the issue and enter college when they haven’t passed the tests and don’t have the requisite background.” He goes on to say that, as for Hollywood, he “gave blacks their proper position” in two films he directed. “I had a black slave in The Alamo, and I had a correct number of blacks in The Green Berets. If it’s supposed to be a black character, naturally I use a black actor… I think the Hollywood studios are carrying their tokenism a little too far.”

Jesus fuck, John Wayne was a straight up piece of shit

But wait — there’s more! Wayne also expressed extremely homophobic views in the interview, specifically about the 1969 movie Midnight Cowboy. Playboy asks Wayne which movies he considers “perverted.” He responds, “Oh, Easy Rider, Midnight Cowboy — that kind of thing. Wouldn’t you say that the wonderful love of those two men in Midnight Cowboy, a story about two f**s, qualifies?” He goes on to say that any movie that features sex between a man and a woman is a-okay by him.