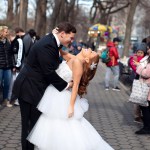 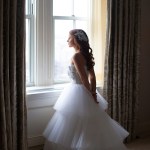 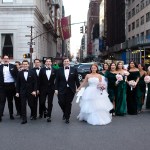 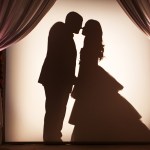 And just like that, she’s officially #jackieonomore! Social media superstar Jackie Oshry is a married woman and we have all the exclusive deets on her special big day!

Jackie Oshry, 26, is known to the social media world as @jackieoproblems and the co-host of the very popular podcast The Morning Toast — a fun, all things pop culture filled podcast that she hosts daily with her sister and fellow social star @girlwithnojob Claudia Oshry, 24. However, on Feb. 17, Jackie made headlines of her own as she tied the knot to boyfriend Zach Weinreb at the Taj Pierre Hotel in New York City. She had a wedding filled with glitz, glamor, and even a sprinkling of some very famous faces, but none of that mattered when she entered the room standing as a silhouette behind a white screen to officially meet her awaiting groom. “The best part of the night for me was the ceremony,” Jackie tells HollywoodLife EXCLUSIVELY in her first interview as a married woman. “Birch Event Design (who produced the entire wedding night along with Michael Russo Events) created the most beautiful chuppah I’ve ever seen. Standing under it surrounded by pink flowers, our families and the love of my life was a moment I’ll never forget.”

And how could anyone miss Jackie’s not one, or two but THREE gorgeous gowns? Jackie stunned, looking like a queen, which was exactly where the evening’s inspiration came from. “Elsa’s castle from Frozen was my inspiration,” the red headed beauty revealed, adding there wasn’t an overall theme necessarily, but more of a winter wonderland feel, adding: “The party never stopped!”
Since Jackie and Claudia’s podcast is known as a revolving door of celebrity guests, of course this wedding wouldn’t have been complete without a familiar face or two in the crowd. Bachelor stars Amanda Stanton, 28, and Corinne Olympios, 27, posted stunning photos from the wedding as well as comedian Heather McMahan, 32, and actress Vanessa Williams, 55, but having Michael Strahan, 47, a fellow morning show host in attendance was something that Jackie really appreciated. “It was fabulous that he was able to come!” Jackie shared of the Good Morning America host’s attendance. “I know he has early mornings like me!”
We’re so happy for Jackie and Zach and wish them nothing but a lifetime of love, happiness, and premium social content in the years ahead!