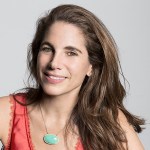 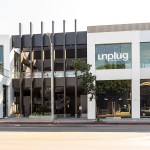 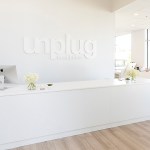 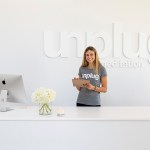 Are you overwhelmed? Do you live your life in a frenzy? Unplug Meditation founder Suze Yalof Schwartz says it’s time to live your life in the present, and you can learn to do it in a fun class or from an easy App. Here’s how.

“Meditation may cause increased happiness, focus, memory, compassion and productivity… it may also cause decreased stress, anxiety, optimism and inner peace.” That’s the ‘warning’ on the homepage of Unplug meditation, the first ‘meditation only’ studio in the country.

Unplug is the brainchild of formerly stressed out fashion stylist and on air talent, Suze Yalof Schwartz, 52, and also the mom of three high energy sons.

Today two studios, Unplug in Santa Monica and in West Hollywood are packed with classes from 9:30 in the morning until 9 pm at night and have names like, ‘Aromatherapy Meditation,’ Awakening Positivity,’ ‘Mind-Body Communication,’ ‘Saturday Night Sound bath and Self Reflection Meditation.’ For those who want to get the Unplug benefits of meditation but live outside of LA, there is the Unplug: Guided Meditation App, which you can download and use for $7.99 a month or $59.99 a year.

Yalof Schwartz insists that just 10 minutes of meditation a day which you can do while commuting on a train or a bus trip to work is enough to change your day and even your life.

“Meditation works for everyone. I’ve never met anyone who tried it and it didn’t work for,” Yalof Schwartz tells HollywoodLife in an EXCLUSIVE interview. “People become less angry, stressed and anxious. If meditation was a pill, everyone would be addicted.” Having discovered meditation herself, later in life, Suze now insists that “stress is optional.”

The meditation maven, had a long career in NYC as a fashion editor, stylist and brand representative for Lord & Taylor, before moving to LA with her husband, Marc, who was relocating for a career opportunity, and finding herself overwhelmed. Frequent long distance commutes between New York and LA for work, that meant leaving her kids behind, left her feeling maxed out. That’s when her mother-in-law stepped in and taught her a breathing exercise. Just that one exercise had such a profound affect on Suze that she decided she wanted to try more meditation but found that it wasn’t that easy to just take a meditation class. She ended up signing up for a $1,400 course, then binged on a 21 a day Deepak Chopra meditation experience. She tried out different yoga studios and came the realization that ‘meditation needed a makeover.’

She envisioned a meditation studio that would not be as spiritual or ‘hippy dippy’ as those that she had checked out. Instead, it would be a ‘secular sanctuary.’ “My goal was to attract people who had never done meditation before. To make meditation accessible, modern, easy and fun,” she tells HollywoodLife. Yalof Schwartz was so convinced of the value of meditation and the unmet demand for easy access to secular meditation classes that she quit her job and began working on opening her Unplug studio concept.

Yalof Schwartz describes meditation simply as “the ability to have awareness of yourself in the present moment.” “I do it to be present, to slow myself down,” she explains. In other words, meditation is all about enjoying, relaxing and just existing in the very present moment — not obsessing about what’s next, what you need to tick off your To Do list, how to get a promotion at work, what to do for your kid’s birthday party, etc etc. All the things we constantly do — thinking about the future instead of just living in the present.

Yalof insists that meditation works for everyone she’s ever met.” People actually go into a class upset and come out calm.”

Today the Unplug studios have a friendly party atmosphere as models mix with moms and Suze happily joins in classes every day. As for me, I’ve downloaded the Unplug App and am starting with the under 10 minute meditations. Less stressed — here I come.