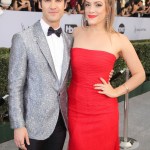 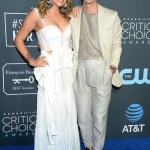 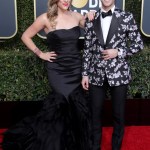 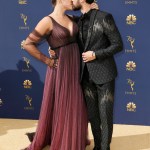 It looks like Miranda Lambert isn’t the only celebrity to recently tie the knot! Darren Criss and his girlfriend of over 7 years Mia Swier got married in a New Orleans wedding ceremony on Feb. 16, according to People. Apparently, the nuptials were a star-studded affair with his former Glee co-stars Lea Michele, Chord Overstreet, Harry Shum Jr. and John Stamos in attendance. In fact, Lea even performed at one point during Darren’s special day, according to the Daily Mail.

Criss previously announced his engagement on Jan. 19, 2018. The American Crime Story star shared a sweet photo of Mia and himself, and wrote in the caption, “Mia and I have had seven and a half years of fun, wacky, wonderful, CRAZY adventures together. And I’m happy to announce that we’re kicking those adventures up a notch. We’re goin for it. To boldly go where neither of us have gone before. Engage. 🚀💍🖖.”

Criss just finished an impressive awards show season. In addition to picking up a Screen Actors Guild award and a Golden Globe, he also took home the Primetime Emmy Award for Outstanding Lead Actor in a Limited Series or Movie for his performance in Assassination of Gianni Versace: American Crime Story. During his acceptance speech, he thanked Mia, “Oh my God, you guys are witnessing the most extraordinary moment of my life thus far… My darling Mia, you roll the windows down and pump the music up in my life.” We’ll keep you posted with all of the latest news about Darren’s wedding. In the meantime, check out photos of Darren and Mia through the years in our gallery above!