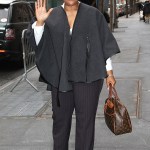 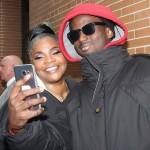 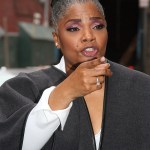 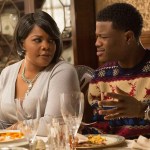 Mo’Nique got into a heated disagreement with Steve Harvey on Feb. 13, when they discussed her claims of being ‘blackballed’ in the film industry. Here are five things you should know about the comedian.

Mo’Nique, 51, has been an impressive actress and comedian in the film and television industry for many years, but she recently made shocking headlines for another reason when she got into a heated debate with Steve Harvey, 62, during her Feb. 13 appearance on his talk show, Steve. During the appearance, the opinionated star discussed her anger and hurt over feeling “blackballed” in the industry for saying “no” to certain requests over the years, including a refusal to campaign for her award-winning film Precious without additional pay, and she also discussed her claims that fellow stars Oprah Winfrey, Tyler Perry and Lee Daniels were trying to silence her.

At the beginning of Mo’s interview, Steve called her “a problem” for the drama surrounding the situation, and it led to them exchanging some harsh interactions, including a disagreement about the way she went about fighting for the equality she’s been in search of. At one point, Mo even talked about wanting to punch Steve for what he was saying to her. Although things started off tense, the duo eventually showed love to each other and agreed to try to work it out, with Steve even offering to contact Oprah, Tyler and Lee so they can all apologize to each other and move on. Here are five things you should know about Mo’Nique and her rise to fame.

1.) Before becoming an actress, she worked in customer service. Mo took on the job of a rep for the phone company MCI in Hunt Valley, MD before she eventually performed her first comedy routine at an open mic at the Baltimore Comedy Factory Outlet. She did the routine after her brother, Steve dared her to do it.

2.) She was a victim of sexual abuse. In a 2008 interview with Essence magazine, Mo opened up about how her brother Gerald sexually abused her from the ages of 7-11. He was accused of sexually abusing another girl before being sentenced to 12 years in prison, and in a 2010 interview with Oprah, he admitted to the abuse. Mo cut off all contact with Gerald after the birth of her twin sons, Jonathan and David Hicks, in 2005. A year later, she married their father, Sidney Hicks, and later admitted they have an open marriage.

3.) She has been recognized for her talent and memorable acting roles with several awards. Her most prestigious was the Academy Award in the Best Supporting Actress category for her role as the abusive Mary Lee Johnston in the 2009 film Precious.

4.) In addition to acting and comedy, Mo has taken on other opportunities throughout her career. She released a best-selling book called Skinny Women Are Evil: Notes of a Bigg Girl in a Small-Minded World in 2004, and a cookbook called Skinny Cooks Can’t Be Trusted in 2006. She has also been a radio and talk show host.

5.) She lost an impressive 50 lbs last year and has become an inspiration and advocate for women and body confidence. After the weight loss, she took to Instagram to post a before and after pic along with a message of inspiration. “Hey my loves. IT IS POSSIBLE. Don’t GIVE UP ON YOU. IF YOU TAKE A SHORT CUT, YOU GET CUT SHORT. PUSH, PUSH, PUSH. Love y’all 4 real,” the message read.