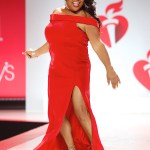 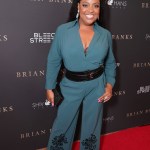 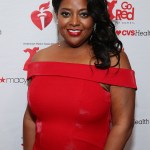 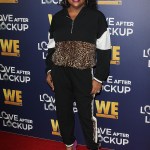 Sherri Shepherd’s got her sights set on Nick Cannon! In fact, while she filled in as host for Wendy Williams on February 11, Sherri pitched Nick a Valentine’s Day date proposal! See what she had to say!

Sherri Shepherd, 51, just went on daytime television and revealed that she’s got a crush on Nick Cannon! Shepherd stepped in as host of The Wendy Williams Show on February 11, where she made Cannon, 38, a topic during the “Hot Topics” segment of the show. She mentioned how Nick filled in for Wendy as host for a few days during the first week of February. Shepherd then recalled the moment where Cannon took credit for Pete Davidson‘s new romance with “cougar,” Kate Beckinsale, and mentioned the fact that Nick favors the idea of men dating older “vintage” women. — That’s when Shepherd pitched herself as a potential candidate to win Cannon’s heart.

“As a mature woman… a seasoned woman, who like her men a little young and tender, Nick Cannon, I am not doing anything for Valentine’s Day,” Shepherd — who walked in Macy’s Red Dress NYFW show last week — told Wendy watchers on February 11. “I’m not sure about you… Now, Nick, I may not be Mariah [Carey], but I think my name would look real good on your back,” she continued, referencing Cannon’s former tattoo of his ex-wife, Mariah’s name on his back. Cannon revealed on The Wendy Williams Show last week that he didn’t have the tattoo removed when they split, but instead, just covered it with more ink.

“I’m just sayin’, because Nick and I, we could go on vacation,” Shepherd continued, while she showed a photo of Cannon behind her on the big “Hot Topics” screen. “I don’t even know what Nick is doin’, but it feel good! Oh, I think that picture just made me pregnant! Nick Cannon, Nick Cannon, my God! Nick… just call me!”

While Cannon has yet to respond to Shepherd’s comments, we’re sure he’ll come back with something entertaining. The Wild n’ Out host made headlines last week while he hosted Wendy, for his outspoken comments about celebrities including, Ariana Grande and Kylie Jenner. Cannon also gave an update on Wendy, who’s been on an extended hiatus due to complications from her Graves’ disease.

“Honestly, she sounded amazing, y’all,” Cannon told the audience last week after he spoke to the host directly over the phone. He added that he also spoke to her family, including husband Kevin Hunter and their son, Kevin Jr.. “We jumped on the phone and first thing she said was, ‘Nick Cannon! How you doin’?’ I didn’t know what to expect at first but her spirit was so big. It was so amazing.”

Cannon received raved reviews over his hosting gig on the daytime show. — So much, that fans were pitching him to get his own talk show! HollywoodLife caught up with Cannon after his short-lived Wendy gig, where he gushed over how “fun” it was to fill in for her. When we asked if he’d ever consider making his own daytime debut, he was all about!

“Yeah, I could definitely do a show like that,” Cannon said, explaining, “I mean I am kind of built for television.” And, we couldn’t agree more! “There hasn’t been too many forums that I don’t have fun with when I get in there. But I had a lot of fun doing that!”