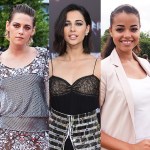 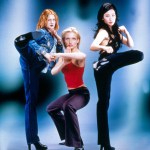 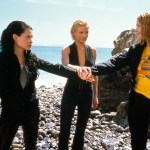 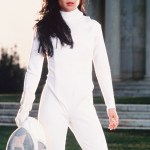 ‘Charlie’s Angels’ beauties Chery Ladd and Jaclyn Smith proved they still look like they did over 40 years ago when they reunited and posed for a beautiful pic together on Feb. 9.

Charlie’s Angels reunion alert! Gorgeous actresses, Cheryl Ladd, 67, and Jaclyn Smith, 73, of the original television series, got together once again on Feb. 9 and took an eye-catching photo to prove it! Both Jaclyn and Cheryl took to their Instagram pages to share the precious pic along with sweet captions that reflected their gratitude for each other. “With my sweet friend @angelcherylladd. No time has past when we are together,” Jaclyn’s caption read. “So loved see my wonderful friend again.❤️,” Cheryl wrote in hers. In the stunning pic, the two lovely ladies are posing together. Cheryl, who’s wearing a black blazer over a tan turtleneck, is standing in front of Jaclyn, and Jaclyn, who’s wearing a tan blazer over a gray shirt, has her hand on Cheryl’s shoulder. SEE THE PHOTO OF CHERYL & JACLYN HERE!

The reunion photo comes over 40 years after the first episode of Charlie’s Angels, which was a show about the adventures of three beautiful female private detectives taking orders from an unseen businessman named Charlie, premiered in 1976. The series eventually ended after five seasons in 1981, and although there’s been multiple remakes of it, there’s nothing quite like the original! The amazing new pic of the stars made many fans of the show super happy and they showed it in gracious responses. “Charlie’s Angels was a huge part of my childhood. I loooooved that show. I played Charlie’s Angels with my sisters and wanted to be like all of you. Such a great message for young girls back then. #strongwomen,” one fan responded to the pic. Another fan couldn’t help but point out that their beauty has remained. “The definition of classic and classy beauties,” the fan wrote.