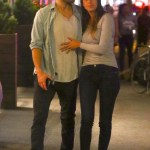 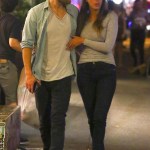 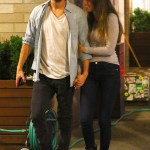 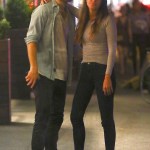 Well, that came out of left field! Paul Wesley is MARRIED! The ‘Vampire Diaries’ alum reportedly said ‘I do’ with girlfriend, Ines de Ramon! Get the details!

Paul Wesley, 36, is officially off the market! The Vampire Diaries alum secretly married a mystery woman by the name of Ines de Ramon, according to E! News on February 8! The actor was photographed walking around New York City’s West Village neighborhood with Ramon on Friday, where both appeared to be wearing bands. Wesley’s ring looked gold, while his reported wife’s ring appeared to be silver. Although the photo was captured from a distance, Ramon appeared to be sporting quite the rock on her ring finger. — a circular diamond of sorts, with a thin band surrounding it.

Wesley and Ramon were first spotted together in June, when they were seen holding hands after a dinner date in New York City. The extremely private couple has yet to directly address their relationship. And, as you could have guessed, Wesley and Ramon also have yet to walk a red carpet together. However, Wesley did post a photo of his lady love in September, as the two sat in an apartment overlooking festival goers at the Feast of San Gennaro in New York City. Although Wesley tagged Ramon in the photo, her Instagram is set to private.

Wesley previously dated his CW co-star, model Phoebe Tonkin (on-and-off) for four years, before they split in 2017. Prior to dating Tonkin, Wesley was married to his Killer Movie co-star Torrey DeVitto, from April 2011 – July 2013. DeVitto too appeared on The Vampire Diaries as a recurring guest star during its third season. Wesley has been known to keep his romantic life very private.

HollywoodLife has reached out to a representative for Paul Wesley and did not receive an immediate response. Congratulations to the happy couple!