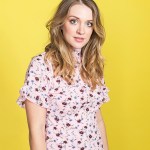 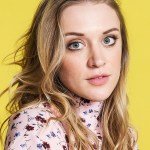 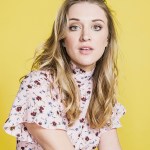 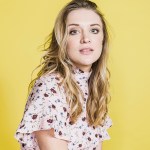 Chelsea Frei, who will star as Victoria Gotti on Feb. 9 in Lifetime’s ‘Victoria Gotti: My Father’s Daughter,’ spoke to HollywoodLife about taking on the ‘dream’ role.

Chelsea Frei has gone from playing a hysterical housewife in Sideswiped to the often misunderstood and hardened daughter of a mob boss, Victoria Gotti, in this weekend’s big movie event, Victoria Gotti: My Father’s Daughter. The breakthrough actress spoke to HollywoodLife about the major role in an EXCLUSIVE interview, calling it an ‘actor’s dream.’ “Getting to play somebody from ages 14 to 36… Those are the kind of things that I dreamed about when I went to acting school, and I didn’t think I would ever actually get to do it, let alone play somebody who is still alive and well, based on a true story, based on somebody’s life,” Chelsea revealed. “It was definitely daunting. I was very scared the first, once we got up to Vancouver. I knew that Victoria was gonna be there and I just wanted to give her story justice.”

When the two met, Chelsea explains they immediately hit it off and shared a “monumental moment” during the read-through of the script. “Just being in the room with her, reading the words, totally changed my perspective on everything,” Chelsea recalled. “I thought, ‘Whoa. I’ve been approaching this all wrong. This is about a human being sitting in front of me.’ And it really made the words immensely more special. It was a big turning point for me in how I wanted to approach the character and approach what’s important to her.” Another special moment the two shared was when the two women unpacked Victoria’s real wedding dress for Chelsea to wear in the movie.

“It was such a magical moment. I feel like we both really connected and talked,” Chelsea explained. “I’ve never been married, but people’s wedding days are the best day of their life, and hearing that that is not exactly what it was for her, and what was actually going through her mind really changed my perspective on the acting.” She continued, “Then, also just being able to open it with her and share that moment, she hadn’t seen this dress in a very long time, and being able to see her reacting to it.” Victoria Gotti: My Father’s Daughter premieres on Saturday, February 9 at 8 PM ET on Lifetime!