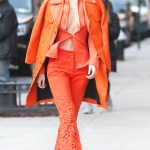 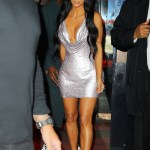 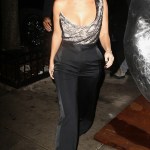 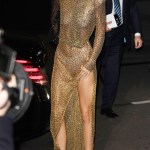 The cold temps don’t faze Hollywood’s hottest style stars! Many stars even stepped out in NYC’s polar vortex during the first week of Feb., when temps reached as low as the teens! See Gigi Hadid and more who’ve braved the cold for the sake of a good outfit!

It doesn’t matter how cold the chilling winter temperatures are. — Your favorite style stars will still suit up in their best threads, even if the snow is falling! That’s the price Gigi Hadid, 23, and more stars will pay to look good, and we don’t blame them. Back in December, the model stepped out on the chilly streets of New York City in a bright orange look, that showed off her toned tummy. Gigi braved the cold and went braless in a long sleeve business top, which was only buttoned once. But, hey, that’s the price top models and celebs pay for fashion! And, it’s so worth it. Check out the best looks by celebs who bare it all in the winter months by clicking through our attached gallery!

We were inspired by these brave stars after seeing Olivia Munn, 38, go pant-less while she hit the slopes in Aspen, Colorado on February 5! The actress showed off her toned legs in an Instagram photo, where she wore nothing but a jacket and boots. The stunning ski slopes sat behind her in the snap, which was captioned, “My Aspen cold out here.” Olivia was vacationing with friends, including actress Nina Dobrev, 30, who she snapped a cute selfie with.

Olivia also posted a photo of her with a friend, standing next to the slopes, where she was dressed in a crop top, while her friend opted for no pants. However, in the caption, Olivia admitted that the snap was photoshopped for fun. Still, we wouldn’t put it past the adventurous star to take on the Aspen snow without the proper gear. We mean, she did do just that one day prior, as mentioned above.

My Aspen cold out here.

Check out Gigi, Olivia and more stars who’ve fought the cold in dresses and other stylish looks in our attached gallery! Let us know which look you loved best in the comments!