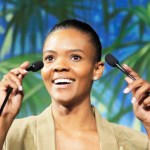 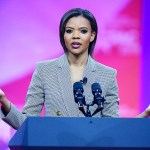 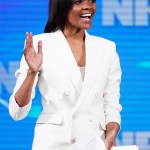 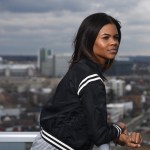 Right wing pundit Candace Owens is in hot water for saying that Hitler’s nationalism with Germany was ‘fine.’ Kanye West has been a big fan of the activist and we’ve got her controversial comment.

It’s almost impossible to find a good thing to say about Adolf Hitler, but right-wing activist Candace Owens has found a way. She’s the director of communications for the conservative advocacy group Turning Point USA. In a video that surfaced on Feb. 8, she was seen defending Hitler’s stance on German nationalism while speaking a Turning Point event in England in December. Now Candace — who rapper Kanye West in April tweeted “I love the way Candace Owens thinks” and openly praised her before later distancing himself from the pundit — is now coming under fire for her pro-Hitler comment.

“I actually don’t have any problems at all with the word ‘nationalism.’ I think that the definition gets poisoned by elitists that actually want globalism. Globalism is what I don’t want…Whenever we say ‘nationalism,’ the first thing people think about, at least in America, is Hitler. You know, he was a national socialist, but if Hitler just wanted to make Germany great and have things run well, OK, fine,” the 29-year-old told an audience in London.

“The problem is that he wanted — he had dreams outside of Germany. He wanted to globalize. He wanted everybody to be German, everybody to be speaking German. Everybody to look a different way. That’s not, to me, that’s not nationalism. In thinking about how we could go bad down the line, I don’t really have an issue with nationalism. I really don’t. I think that it’s OK,” she  added.

Twitter absolutely exploded when the video dropped of her praising the Nazi dictator responsible for the deaths of millions during World War II and building concentration camps to murder people just because they were Jewish, gay, or disagreed with his political beliefs:

Here is video of Candace Owens' full answer on nationalism and Hitler pic.twitter.com/NfBvoH8vQg

“Apparently Candace Owens thinks the problem with Hitler was that he wanted to expand his agenda *beyond* Germany. But other than that, things were totally peachy?” one Twitter user commented while another added “Don’t you dare call Candace Owens a Nazi….wait…” about her pro-Hitler comment.

“Oh my God. Candace Owens says she has ‘no problem’ w/Hitler’s nationalism as long as it had remained in Germany b/c ‘it’s important to retain your country’s identity. So Hitler using Nationalism to commit genocide of Jews was ‘just fine’ for Owens,” one user pointed out. Even the Anti-Defamation League tweeted in response to her Hitler comment, “Candace Owens bizarrely claims Hitler went wrong only when he meddled in other countries. Hitler’s murderous crimes against Jews & others were horrific regardless of whether they occurred across Europe or in Germany alone. Hitler wasn’t a ‘globalist’ but a genocidal dictator.”