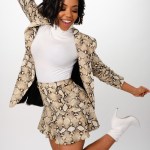 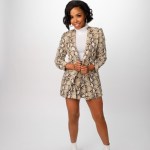 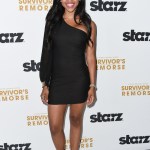 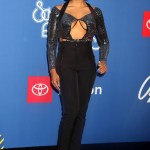 KJ Smith is on a roll. She’s not only starred on ‘Carl Weber’s The Family Business,’ she will also have a key role on the upcoming ABC drama ‘The Fix.’ She talked to HL EXCLUSIVELY about her roles and so much more!

Carl Weber’s The Family Business just completed its first season after an incredible round of episodes. KJ Smith plays Sasha Duncan on the new BET series, which is based on the best-selling crime drama book series. KJ, like so many others, is hoping for another season and revealed what she’d like to see in a new season. “There are so many backstories that need to be told” KJ told HollywoodLife. “Fans could see how people came together and how characters met. There’s going to be people that link up and romance among couples that happen, so there’s definitely potential for a second season.”

KJ also told HollywoodLife why she loves playing Sasha so much. “The cool part about Sasha is that she is unapologetically just her,” she said. “She’s completely cool with who she is emotionally, mentally, and physically. You can’t tell her nothing, she’s just like, ‘This is who I am.’ Love it or leave it. She’s a multifaceted character who shows her vulnerability.”

The actress will also be appearing on the upcoming ABC drama The Fix, which premieres March 18, from famous attorney Marcia Clark. KJ gave some scoop on her juicy character. “Charlie is the main antagonist in The Fix,” she teased. “She is basically Ezra’s right hand woman, and whenever he needs anything, he calls Charlie and I fix it. Nothing gets by without Charlie knowing about it. Charlie is the cause for all the mayhem.”

KJ also discussed why she wanted to be a part of the new series. “This role was something that I’m very fascinated by because it’s Marcia Clark’s show, so it’s basically a retelling if the OJ Simpson trial in 2019. I’m completely obsessed with the OJ Simpson trial. I watch any show or documentary that comes out about it, so that was one of the main things that stood out.” KJ also gushed that Marcia was “so kind and generous to everyone. She knew exactly what she wanted and was really focused. The set felt like family and it was nice being on set with her.”