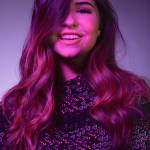 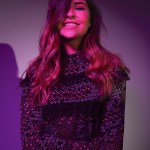 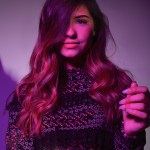 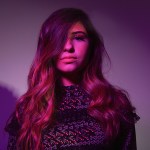 Sunny Malouf is ready to kick short-lived romance to the curb! Watch the singer slay in her ‘One Minute’ video, & hear all about the hilarious behind-the-scenes moments on set in our EXCLUSIVE chat with the star herself!

She’s got more than a million followers on her envy-inducing Instagram page, has already shared the stage with Cardi B, and opened the Live Nation’s largest summer tour in 2018 with Jake Paul and Team 10. The kicker? Sunny Malouf is just 14-years-old. The multitalented singer-songwriter, dancer, and actress won’t be boxed in by her age though, and with her newest release, Sunny’s melodic song and video truly can resonate with fans of all ages! Watch her latest visual above, and catch an EXCLUSIVE chat with the star about the track, the fun-filled memories they had on set, and her future dream tour.

What vibe were you going for with your new track, “One Minute?”

So when I created “One Minute,” obviously it is about a crush that I had. It’s just about a normal relationship, a normal little fantasy relationship of boy and girl who likes each other but one minute a guy doesn’t, one minute he does. So, I really wanted to touch on that part and make sure everybody connects with it.

When it came to the visuals, what inspired you and what was it like making a music video?

So the music video was incredible. Taylor and Collin Randall are the directors, and they were phenomenal. They were so much fun to work with. We actually had a lot of pranks on set. It was awesome, but they kind of came up with the idea of having it in a scene…like a hotel scene and it was incredible. I couldn’t have asked for a better coworker to start with.

What kind of pranks were on set?

A lot of fun things. A lot of stuff with food, which is not great because I had make-up and hair and it was getting all over the place, but it was fun. We had a pillow throw where we threw the pillows and a lot of the funkiness came out in the feathers, but it was great. It was fun.

So fashion week is upon us. How would you describe your personal style?

That’s a good one. Boujee! I’m very boujee, but I like to be classy and elegant, but still a little hip and cool at the same time. It changes.

You’ve shared the stage with Cardi B. Who else would you love to head out on tour with, or open for?

A lot of people. I think Khalid is really amazing. His new album is phenomenal. Charlie Puth, Bazzi, or Rihanna!

Yeah. Rihanna, a dream. So you take on a lot of philanthropic endeavors. Tell me, why is that important to you?

I think it’s important because obviously girl power is a really big thing that I stand for. It’s really amazing that I have this audience that I have to connect with, you know, these girls and it really is a great stepping stone for me to speak my voice and really have people hear me, ’cause a lot of people my age don’t necessarily have the platform or have the responsibility to speak loud if they want to. So, that’s why I’m there to really help push the voice behind it.