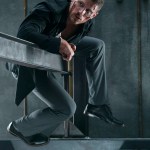 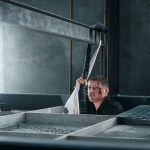 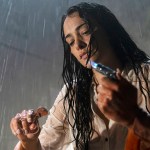 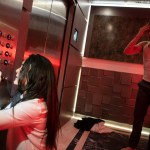 Getting stuck in an elevator is some people’s worst nightmare. That’s not the case for Matt Lauria. He breaks down his new role in Hulu’s ‘Into The Dark: Down’ episode in this EXCLUSIVE video!

“I was drawn to this story because it presented this awesome creative challenge, which was these highly psychological characters with incredibly diverse and complicated values and beliefs stuck in this tiny space together,” Matt Lauria said in this EXCLUSIVE video. “It’s sort of my favorite type of storytelling kind of on steroids because I love character-driven pieces. I love highly psychology characters, and to take those two elements and mash them into these long scenes with no breaks, where it’s just two people kind of getting inside of one another, that felt like a really exciting challenge and the confinement of it and the pressure that goes with that, so I knew it was going to end up being explosive.”

The Valentine’s Day-themed episode of Hulu’s anthology series features a pair of office workers — Matt and Natalie Martinez — getting trapped in an elevator over a long Valentine’s Day weekend. Their situation turns dangerous and horrifying as they try to figure out how to escape. This is unlike any Valentine’s Day TV episode you’ve ever seen before. The episode is a reunion for Matt and Natalie, who worked together on Kingdom. “I leapt at an opportunity to work with her again,” Matt gushed about Natalie. “I also love a bunch of the individuals over at Blumhouse, and I was eager to team up with them again, so it was kind of a perfect fit.”

Into The Dark: Down premieres on Hulu on Feb. 1. Despite the close quarters in the elevator, Matt called the experience “super fun.” He added, “I’d do it again!” The episode was written by Kent Kubena and directed by The Last Exorcism filmmaker Daniel Stamm.