We see you, Hayden! — Hayden Panettiere, 29, turned up the heat in a sheer top for a rare date night out with her boyfriend, Brian Hickerson on January 31! The actress revealed some sultry underboob in a black, sheer top. She wore an edgy, black leather jacket and high-waisted, navy pants, with matching navy heels. The actress, who rocked bouncy, blonde curls, accessorized with a gold necklace.

Meanwhile, Hickerson, an aspiring actor, seemed to coordinate his look with Hayden’s. He wore dark grey jeans and a black tee, with a navy blue blazer. Hickerson, who looked handsome with a scruffy beard, opted for distressed brown dress shoes. We have to say, Hayden picked a good one!

The couple stepped out together for a screening of the new documentary, Sharkwater Extinction at the Arclight Theatre in Los Angeles. The Nashville actress and Hickerson were photographed holding hands as they left the theater together. Check out the new photo, below! 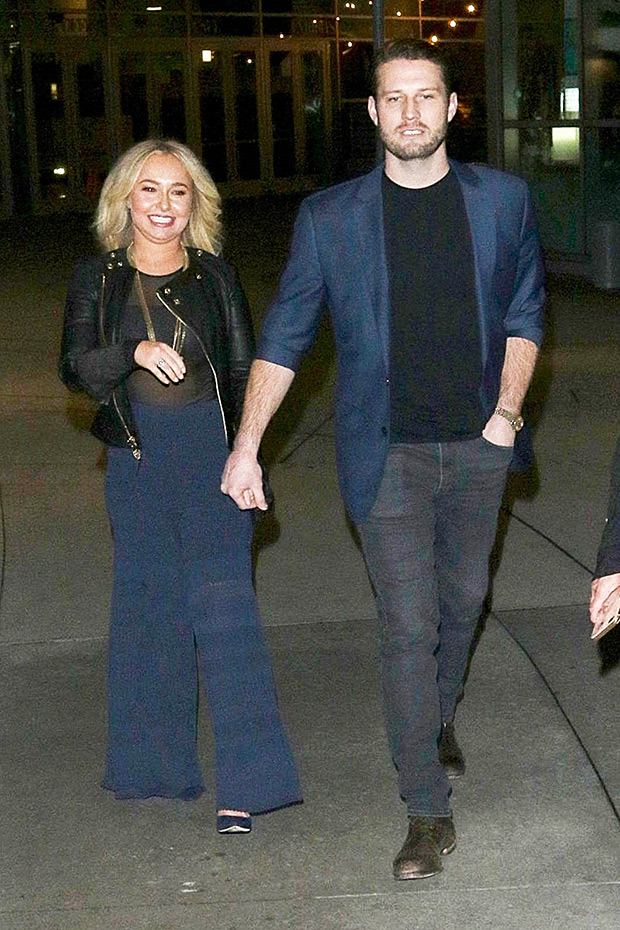 Hayden Panettiere and Brian Hickerson hold hands after attending a screening of the documentary, Sharkwater Extinction at the Arclight Theatre in Los Angeles, CA on Thursday, January 31. (Photo credit: Backgrid)

In December, Hickerson spoke out in defense of their romance after a report that claimed Hayden’s friends were worried about the couple’s relationship. “Just to be clear, Hayden’s friends and family are not worried about her at all,” Hickerson said in a statement to Access. “Hayden is happy and healthy and so is our relationship,” he continued. That is all I will comment on so please respect my privacy. Have a great day.”

Hayden and Hickerson were first linked in August when they were spotted out to dinner together in Los Angeles. Their outing wasn’t not too long after reports swirled that the actress and pro boxer, Wladimir Klitschko, 42, had split. The ex-couple share a 4-year-old daughter together, Kaya, who Hayden gave birth to in December 2014. Less than a year after Kaya was born, Hayden checked into a rehab facility for postpartum depression. She sought treatment again in May 2016.  She sought help once more in May 2016. At the time, the actress opened up about her condition on Twitter.