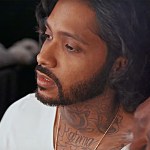 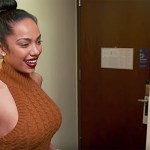 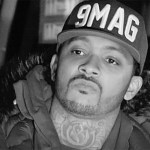 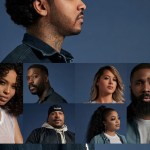 Junior pops up at the tattoo convention after his assault drama with Reese last season. How does the 9 Mag crew react to seeing Junior again? Watch this EXCLUSIVE preview of the Jan. 30 episode!

The 9 Mag gang is in Las Vegas for a tattoo convention, and Junior shows up unexpectedly in this EXCLUSIVE preview of the Jan. 30 episode of Black Ink Crew: Chicago. Junior was already going to be at the tattoo convention, and he knew he couldn’t ignore his 9 Mag family. Ryan is glad to see him. There was major drama with Junior and Reese last season in Jamaica. He was accused of assaulting Reese, and he addresses that up front in our sneak peek.

“Being falsely accused by Reese nearly killed me,” Junior says. “It damn near killed my reputation. I had to work back from the bottom to the top but as soon as the truth came out, I knew I was always right from the get go. And I’m glad people were sticking by my side.”

When Junior stops by to visit the 9 Mag, Charmaine decides to clear the air with him. “Junior, I am happy that you’re here, and I just feel like I owe you an apology because I may have wrongly accused you…” she says to him. “I definitely wrongly accused you.” She promises that she’ll “never handle a situation like that again.”

Junior acknowledges that things went down in Jamaica that shouldn’t have, but he’s glad his name has been cleared. “I was no angel in Jamaica, but one thing I will never do is lay my hands on a woman,” he says. Black Ink Crew: Chicago airs Wednesdays at 9 p.m. on VH1.