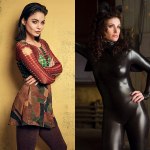 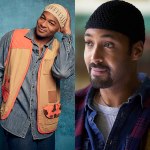 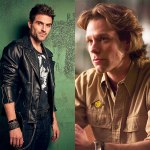 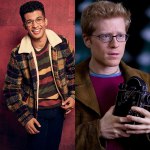 A new crew of actors are tackling the beloved roles from ‘RENT’ in FOX’s live musical event. Before ‘RENT: Live’ premieres, let’s see how the new cast compares to the original cast. Check out the photos!

If you’re a Broadway fan or music fan, you’ve been looking forward to RENT: Live for a while now. The live musical event premieres Jan. 27 at 8 p.m. on FOX. RENT: Live is the live television production the Broadway musical, which was made into a movie in 2005. Most of the original Broadway cast members reprised their roles in the movie. Now a brand-new cast is taking on the beloved roles.

Vanessa Hudgens plays Maureen Johnson in RENT: Live. The legendary Idina Menzel originated the role in the Broadway musical. She was nominated for a Tony in 1996. She went on to play Maureen in the 2005 movie adaption. Kiersey Clemons plays Joanne Jefferson, who was played by Fredi Walker in the original Broadway production. Tracie Thoms played Joanne in the movie.

Brennin Hunt is playing Roger Davis, the role Adam Pascal originated, while Tinashe is taking on the role of Mimi Marquez. Daphne Rubin-Vega played Mimi in the original Broadway show. Rosario Dawson was cast as Mimi in the movie.

The Tony Award and Pulitzer Prize-winning musical is a reimagining of Puccini’s La Bohème. The late Jonathan Larson wrote the musical. The 3-hour live musical event will feature an appearance from the original Broadway cast. Anthony and Idina both posted photos from the set in the days leading up to the production’s debut. How exciting!