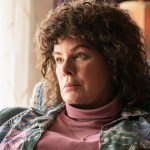 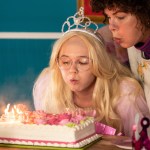 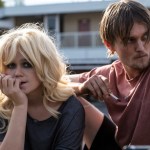 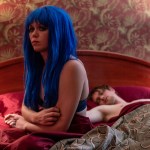 Oscar winner Marcia Gay Harden stars in the new Lifetime movie ‘Love You To Death.’ HL spoke EXCLUSIVELY with Marcia about the real-life story the movie is based on, how she transformed for the role, and more.

Marcia Gay Harden plays Camile in the Lifetime movie Love You To Death that tells the story of a complicated relationship between a mother and a daughter that ultimately ends in murder. The Oscar-winning actress talked to HollywoodLife EXCLUSIVELY about the role and how she prepared for it. “A lot was physical [preparation]. A lot was hair, make-up, and wardrobe in this case,” Marcia told HollywoodLife. “The more that she hurt other people, the kind of the bigger she became. It was almost like she was fed some way by hurting people. I’d work with hair and wardrobe because the fat suit was very important to me. I wanted the weight, and I wanted the bulk. I wanted to lug the burden of her life around with her as I was playing her.”

The movie is inspired by the true story of Dee Dee and Gypsy Rose Blanchard. Gypsy suffered years of child abuse because of Dee Dee’s Munchausen by proxy syndrome, a psychological disorder in which a caregiver makes up or exaggerates illnesses or symptoms to those that are in their care. Dee Dee was brutally murdered in 2015. Gypsy pleaded guilty to second-degree murder and is serving a 10-year sentence for the murder of her mother. Nicholas Godejohn, Gypsy’s boyfriend at the time, was convicted of first-degree murder. Marcia wasn’t familiar with the fascinating case prior to the taking on the role of Camile.

“I had not heard of it and that’s not unusual. I don’t follow topical news at all. But once I learned about it, I was shocked that I hadn’t heard about it because it’s like a train wreck — you cannot look away,” Marcia continued. “I didn’t know anything about Munchausen syndrome by proxy, so it was an awakening for me.” She also said, “I felt that Dee Dee was a nurturing mom or a caring mom, but she was twisted. She had mental illness. When I tried to get into the mother’s perspective, the only thing that I could possibly come up with was desperation.”

Marcia stars alongside Emily Skeggs, who plays Camile’s daughter, Esme. Marcia revealed how she established a relationship with Emily while filming. “I maternalized her because that was our characters, Marcia admitted. “I put tea in her bedroom and would get the key to her room and put lavender and nice things and make her comfortable because that is what my character would have done. If only the daughter had been sick, what a perfect mother she would’ve been. Em is so intrinsically talented as an actress, and I love watching her work. We had a real lingo right away together. I couldn’t have wished for a better person to be in the rain in Vancouver with.”

Emily loved working alongside Marcia. “She’s an icon,” Emily told HollywoodLife. “She’s incredible. Her talent and her body of work is incredible. She’s one of the most incredibly generous people I’ve ever met in everyday life. I’d come home and she’d have a cheese plate in my hotel room. It was amazing!” Emily admitted that she is a “total true crime junkie” and was “pretty familiar” with Gypsy and Dee Dee’s story before Love You To Death. Regarding Camile and Esme’s relationship, Emily stressed: “I think the important thing about it is their relationship is really based on love and I think they really did deeply love each other and were just troubled people in a system that sort of failed them.” Love You To Death airs Jan. 26 at 8 p.m. on Lifetime.