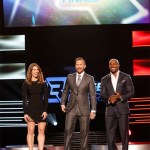 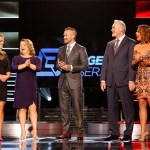 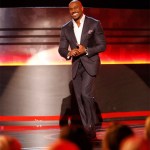 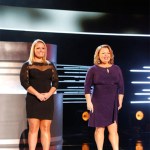 Though it wasn’t love at first sight for ‘The Biggest Loser‘ stars Rebecca Wright, 34, and now-husband Daniel Wright, 29, the former reality star contestants still remember the first time they noticed one another. “It was the first challenge,” Rebecca shared EXCLUSIVELY with HollywoodLife about the first time she met Daniel. “I was kind of upset that he was there because I had been trying for 2 years to get on (the show) and so they brought him back and then he beats me and after about a week we became friends. We would mostly go for walks. That was when we got the closest.”

The couple didn’t officially begin dating until filming wrapped, September 11, 2009 to be exact, and married a little over 3 years later. But their love story officially took a turn south when Daniel started not feeling well, which led to his diagnosis of Leukemia. “Things all of the sudden became more difficult, like walking from the parking garage at work to my desk,” Daniel said of his symptoms. “Everything in my life just got harder really quickly, like in a week. Certain things felt weird internally. It wasn’t until we finally went into the emergency room that a nurse practitioner decided to do a complete blood count so I was hyper-anemic. They were surprised I was walking and talking still.”

Daniel successfully beat the disease and began living his life again, returning to work as he and Rebecca began discussing having children and a future together. However, the couple’s love was tested yet again in late 2018 as they received more unthinkable news — Daniel’s cancer was back with a vengeance and they were now being told they would need to do IUD or IVF if they want to eventually have children, which is why they banked Daniel’s sperm. “It would be a miracle when this is over if we were able to conceive naturally,” Daniel disappointedly shares. “For me, we need to talk about the possibility of what happens if I go,” Daniel says. “We’ve heard from our current doctors, it’s 6 months right now.”

Though Rebecca, who admits she has struggled keeping the weight off because she refuses to leave her loving husband’s side, the only thing to do is fight. “We’re choosing to seek treatment,” Rebecca says of their game plan. “He has an amazing attitude and that’s usually pretty key. It’s hard for him to lay here, but he does it.” Daniel is in need of a bone marrow transplant in order to survive so if you think you may be a good fit, he encourages you to go to bethematch.org to see if you could potentially be a match for him or another person in need! You can also help the loving couple here since they are both taking off so much work to fight this uphill battle. We wish this beautiful couple nothing but babies, health and love going into 2019!