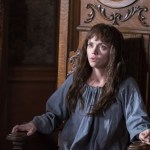 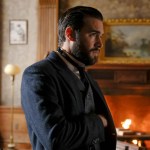 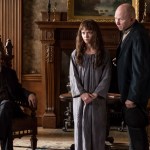 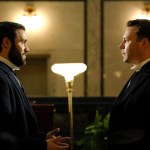 Christina Ricci is returning to Lifetime for Escaping the Madhouse: The Nellie Bly Story, which premieres Jan. 19 at 8 p.m. on Lifetime. The Golden Globe-nominated actress stars as esteemed investigative journalist Elizabeth Cochran Seaman, who published under the name of Nellie Bly. The Lifetime movie is inspired by Nellie’s experience going undercover at the Women’s Lunatic Asylum on New York’s Blackwell’s island in the late 19th century to expose the mistreatment of patients. Nellie fakes having a mental illness in order to be institutionalized. Once she undergoes treatment at the asylum, she has no recollection of her real identity. Nellie suffers brutal torture at the hands of the head nurse, Matron Grady, played by Tony winner and Golden Globe nominee Judith Light. As time goes on, Nellie begins to uncover shocking truths and find answers.

HollywoodLife sat down with Christina at Lifetime’s press junket in Los Angeles to talk about the film, and Christina revealed what shocked her the most about Nellie’s journey in the asylum. “I was surprised there wasn’t a better plan to get her out of there, but then I think that speaks for how little they knew what she was getting into,” Christina told HollywoodLife EXCLUSIVELY. “I knew some things about hospitals and prisons and asylums during this time, during this Victorian era, so I was not necessarily surprised by what was going on there.”

She also admitted what the hardest part about the role was. “Sometimes recreating all the physical things if you’ve never had that experience, it just takes a little bit more thought and attention,” she said.

Christina’s role marks her return to Lifetime after her SAG-nominated performance as Lizzie Borden in the series, The Lizzie Borden Chronicles, and the prequel movie, Lizzie Borden Took An Axe. In addition to Nellie Bly and Lizzie Borden, the actress has also played the real-life Zelda Fitzgerald, F. Scott Fitzgerald’s wife, in the Amazon series, Z: The Beginning of Everything. She discussed why she loves bringing the stories of real-life women to life on the screen.

Christina has been working in Hollywood ever since she was a teenager, and she revealed why’s she’s now being more “particular” about the roles she takes. “I have recently sort of become a little bit more particular about what I do,” Christina explained. “I feel like it does matter what we put out there in the world, and in order to change society, we have to change. We have to be very cognizant of the sorts of entertainment we put out there and the messages that we’re sending to the world and to the people who watch these things. So I am trying to be more careful and make sure what I contribute I feel is art and is valuable right now because there’s so much junk, and I don’t want to be a part of all that.”