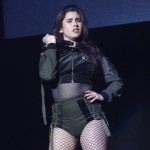 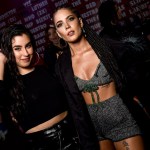 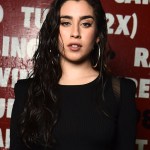 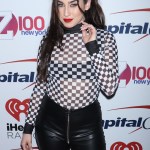 After dropping her latest smash “More Than That,” Lauren Jauregui, 22, has even more to offer. The former 5H member delivered the video component to her sultry new single on Jan. 18, and it’s just as captivating as the catchy lyrics! In the video, Lauren and her girls hit “Olympus,” nightclub, which appears to be an all female strip club. The hazy clip shows Lauren flaunting what she’s got in a feathery blue robe, and she looks incredible!

“More Than That,” serves as the the follow-up to the singer’s debut solo single, “Expectations.”  The sexy song is the ultimate anthem of independence, and the track’s lyrics are all about how Lauren’s love doesn’t come easy! “You gon’ have to come stronger than this liquor//Wanna take me home, better be more convincing//It’ll take more than that to get to me//More than that to get your way,” she sings in the song’s chorus.

The former Fifth Harmony member may be on top of the world right now, but that doesn’t mean it’s been an easy road. The singer admitted she’s experienced her fair share of growing pains while striking out as a solo artist. “The main lesson I learned (while finding the confidence to write my own songs) was that I was the one holding myself back,” she said in an interview with Ladygunn magazine. “There was no one actually stopping me but me. It was my fear of failure and rejection that was stopping me because I love music and art that much,” she added. Lauren could have had us fooled – it seems like almost everything she does is effortless, and her newest video is no different. Watch her gorgeous new visual above!