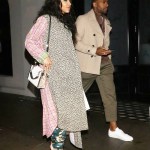 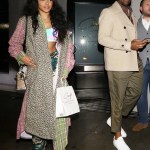 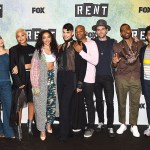 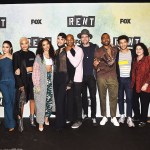 Are they dating? Tinashe and Mario had a romantic night out before ‘Rent Live’ airs on Jan. 27! Learn the details inside!

While the broadcast for their Rent: Live show soon approaches (Jan. 27 on Fox!), No Drama singer Tinashe, 25, and Let Me Love You crooner Mario, 32, took a break from the likely near-constant rehearsals to get an intimate dinner at Craig’s in West Hollywood on Jan. 15! At another point in the day and wearing the same outfits as they did at dinner, they were with the rest of their Rent: Live cast-mates at FOX’s Rent Sing-Along YouTube event. But it looks like they wanted some alone time: Tinashe and Mario decided to have their own private gathering as well!

After eating dinner at Craig’s the two left the restaurant together. They kept their PDA to a minimum, but that doesn’t mean it wasn’t a date – they could be really early on in the dating process! Tinashe stepped out in animal-print pants, pale pink heels, a multi-patterned duster coat, and neon-blue sports bra. She also rocked an animal-print brown bag and let her chest-length hair flow. Tinashe’s makeup was appropriately fun for the evening, with green shadow topping her lids and she wore a nude-color lipstick. Mario’s look was more reserved, and he wore olive green pants, a brown button-down, and a cream double-breasted jacket. He finished his look with a pair of vibrant white sneakers.

While they walked out of dinner, Tinashe held a Craig’s to-go bag, maybe with some leftovers inside! We wouldn’t let a bite of that delicious meal go to waste either, girl!

In the upcoming live musical on television, Tinashe will play dancer Mimi Marquez who struggles with addiction, and Mario will embody the role of Benjamin Coffin III, the landlord looking for the lead roles’ rent. We’re sure they’ll both do a great job! And don’t forget, for Tinashe, she had that extra dancing practice on Dancing with the Stars in fall 2018!

At this point, it’s unclear if the two are actually dating or if this was a friendly meal between co-workers. But if they are just friends, we do wonder why the rest of the cast (including Vanessa Hudgens, 30, and Jordan Fisher, 24) didn’t join! We guess we’ll have to keep an eye on these two and see if they keep going out together after the show airs!