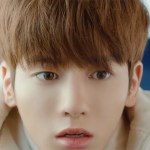 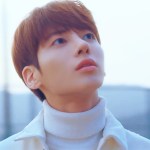 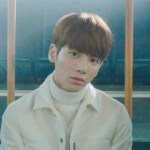 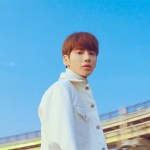 TXT just gained its 4th member! Taehyun has officially joined the hot new k-pop group, and we’re already obsessed with how good this is going to be. Watch his introduction video here!

Big Hit Entertainment has another — well, big hit — on their hands! The k-pop label is repping their first major band since the iconic BTS, and it’s shaping up to be an epic project. The new boy band, TXT, already had three members announced: leader Soobin, Yeonjun, and Hueningkai. Now, the label has announced the fourth cutie: Taehyun! Taehyun (aka Nam Tae-hyun), 24, is already a prolific alternative rock singer who runs his own label, South Buyers Club. He’s going to be a major asset to TXT.

Big Hit released an introduction video for Taehyun after announcing the exciting news on January 18, at midnight KST (that’s 10:00am ET on January 17 for us — Korea is 14 hours ahead!). The video, titled “What Do You Do?” is cute as hell. It shows Taehyun waking up by himself on the bus and touring through the countryside and in the city. When he’s not sightseeing, he’s playing around on his phone, taking silly selfies and videos. The bus drops him off, and we’re treated to visuals of him just standing around and looking handsome as all get out.

Big Hit fans are totally into this addition to TXT, though they’d rather have the band debut now instead of the label releasing more visuals! Dudes, us too. “#TAEHYUN #TXT okay BH where are u founding all those perfect people ????” one fan tweeted, basically writing what we’re all thinking. “he’s beautiful AND fluent in english? sh*t i mean 👀” said another. And one fan tweeted, “OMFG he is soo beautiful like so so so beautiful,LOOK AT HIS F**KING NOSE,PPL CAN DO ANYTHING TO HAVE A SIMILAR NOSE #TAEHYUN”. Same!