This is the best thing you’ll see all day! Serena Williams’ husband runs an Instagram account for his daughter’s doll — and the photos are hilarious. Take a look!

Because running an Instagram account for your one-year-old daughter just isn’t enough right? Little Alexis Olympia Ohanian Jr. may have her own social media presence — but so does her doll! Serena Williams, 37, wanted her daughter’s first baby doll to be black, and her husband Alexis Ohanian, 35, has taken that idea and ran with it. Thanks to the Reddit founder, Olympia’s baby Qai Qai has been posting pics to Instagram since August 2019, and each post is more hilarious than the last! Whether Qai Qai is jealous of Olympia’s other toys or cuddling up to her “mom,” the captions are always killer. Alexis sometimes takes things a step further by turning the doll’s face into a cartoon with big eyes and even bigger emotions. LOL!

Most recently, Qai Qai has been hanging at the Grand Slam tournament, a.k.a. the majors, and watching Serena play. From lying down on the tennis star’s athletic bag to cheering her on from the audience, the pics of little Olympia’s dolls couldn’t be cuter — especially since Serena and Alexis’s daughter has yet to post any pictures from her own account at her mom’s match. While the former Reddit founder is the one responsible for Qai Qai’s Instagram account, his wife opened up about the importance of getting their daughter this particular doll at a media conference.

“Growing up, I didn’t have that many opportunities to have black dolls,” she explained. “And I was just thinking, like, I want her first doll to be black. Obviously she’s mixed, she’s Caucasian and black, but I feel like that was her first doll and I said her second doll would be Caucasian. So I definitely want to always teach her love. Humans should always have love for each other, no matter what color they are.” 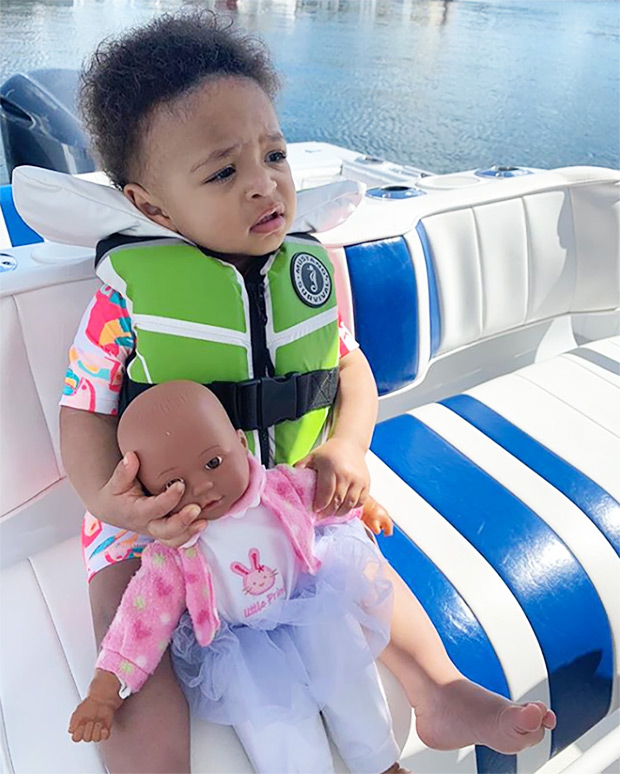 How amazing is that? Just when we think Serena’s daughter can’t get any more adorable, something like this goes viral! Who could forget the time she clapped while watching her mom do her thang on the tennis court? She’s such a cutie!