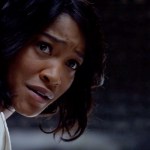 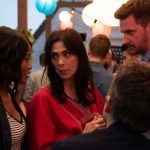 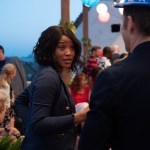 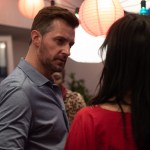 Agent Torres takes a trip to the sauna to try and get closer to Vassily Krik in this EXCLUSIVE preview of the Jan. 20 episode of ‘Berlin Station.’ Watch the sneak peek now.

Agent Torres is going deeper and deeper into Vassily Krik’s world. He visits the sauna with Krik (Mikhail Boutchine), a high-ranking Russian oligarch, to get more information in this Berlin Station sneak peek. Krik may be holding Daniel Miller alive. Torres knows he has to gain Krik’s trust in order to get what he wants. Torres is a very good actor, because Krik seems to fall for everything he’s saying. But the further into Krik’s world Torres goes, the more dangerous things get.

This is Ismael Cruz Córdova’s first season with the cast of Berlin Station. Ismael plays Rafael Torres, a CIA agent from the Special Activities division who represents a new style of operative, who is well-trained in combat. An Army veteran who served in Afghanistan and Iraq, Torres now goes into the field on covert missions. Ismael is also known for his roles in Ray Donovan, Mary Queen of Scots, and the upcoming Miss Bala.

The synopsis for the Jan. 20 episode, directed by Tanya Hamilton, reads: “B.B. and Valerie attempt to amass support for an intervention. April’s assets face deportation. A dangerous figure invites Hector and Torres into dangerous territory.” The episode is titled “The Eye Fears When It Is Done to See.” The series also stars Ashley Judd, Michelle Forbes, Rhys Ifans, Keke Palmer and more. There are only a few episodes left of season 3. The finale is set to air Feb. 17. Berlin Station season 3 airs Sundays at 9 p.m. on EPIX.