Paula Deen became a famous TV cook for her love of calorie laden, highly fatty but delicious deep south recipes. Many included tons of butter, sugar, bacon grease and other ingredients that pack on the pounds. She loved to eat the food she whipped up, and as a result her weight increase caused her to develop Type 2 adult onset diabetes. The 71-year-old has shed a whopping 40 pounds since the 2012 diagnosis and looks so much healthier and fit, still keeping the pounds off seven years after being told she was diabetic.

She was most recently seen on Jan. 11 doing a baking demo at the America’s Mart Gift Show in Atlanta, Georgia. Paula was smartly dressed in a black suit that showed off her slimmer body. She taught more than 100 people how to make her “‘Ooey Gooey Butter Cookies” recipe and an eyewitness at the event told the Daily Mail that,  “Paula was featured in the gift show brochure, but when it was announced over the loud-speaker she was about to begin, there was a mad dash and the space became packed! Everyone clapped and cheered when she came out, and she looked better than ever. You could tell she was really touched at the reception she received.”

Paula revealed on The Doctor Oz Show in 2015 that she didn’t initially take the diabetes diagnosis seriously.  “I didn’t believe the doctor,” she said. “Nobody in my family is a diabetic, [and] we all live the same way.” By her third trip to the physician about the condition she realized she had a health problem that needed urgent attention. 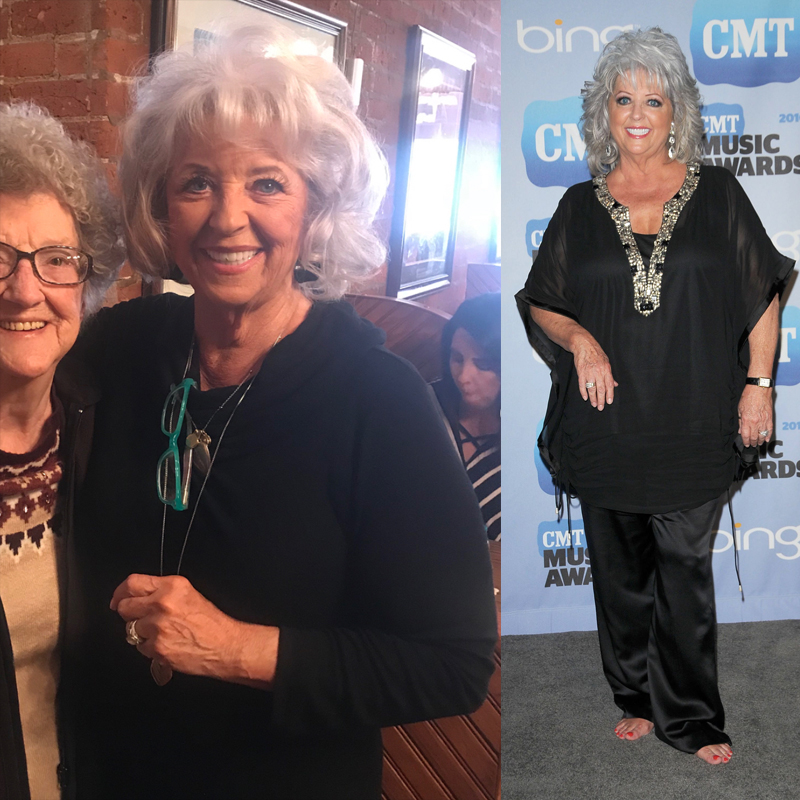 “At that point, I went home to my kitchen and I threw out everything that was white,” she said. “White bread, white rice, white potatoes, and white pasta.” Once she eliminated those things from her diet, she dropped 40 pound in just four months and she’s kept it off. “I lost 35 or 40 pounds and now I’ve brought everything back into my kitchen, just like anybody’s kitchen,” she said. “But the thing that I’m really trying to focus on is moderation. Moderation. Moderation. Eat a cookie, just don’t eat six of ‘em! Because no one wants to go their whole life thinking they can never have anything good again.” She also revealed that she had substituted out healthy ingredients in place of fatty ones, like using yogurt instead of mayonnaise.

Paula was embroiled in a  scandal in 2013 over her use of racial slurs including the “N” word. The Food Network eventually dropped her shows such as Paula Deen’s Home Cooking, Paula’s Party and Paula’s Best Dishes though her many cookbooks remained popular. She made her TV comeback in 2015 competing on Dancing with the Stars where Paula’s trim and healthy body helped her land in a respectable sixth place.