Scheana Shay locked lips with Bachelorette and Bachelor in Paradise cutie Robby Hayes on last night’s episode of Vanderpump Rules, which shocked fans since her new man is a close friend of her co-star and crush, Adam Spott! So did Robby break bro-code? According to Scheana, who totally kissed and told, she and Adam could never be more than friends. “With Adam, we don’t want to hurt each other. I love him so much,” she said. “Adam’s gorgeous, but a friendship is the only option. However, if he would, I would. I will give in at any moment.” Well, that is a little confusing, but for now, with Robby, it seems that Scheana is totally smitten! The Vanderpump Rules star and Robby went on a date and kissed after she called him “too perfect.” Aww!

“He’s supportive, he’s reliable, he’s drop-dead gorgeous. I mean, those abs, like, yes please. He always makes me feel special. If things keep going well, I could definitely see myself falling for him,” Scheana admitted to the cameras. Is this an episode of The Bachelor?! After their makeout sesh, Scheana’s co-stars sounded off on Robby, with Stassi Schroeder calling him “a douche — he’s a cheesy douche.” Now, this isn’t the first time Scheana and Robby have made headlines! The two were spotted vacationing in Hawaii in May 2018, looking happier than ever.  But, back in November, Scheana revealed to Us Weekly that she and the Bachelorette finalist were just “really good friends.” 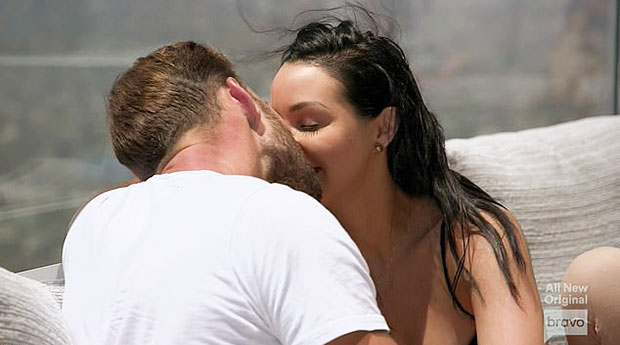 Does this mean there is still hope for all you Adam and Scheana shippers out there? Absolutely! The duo were spotted getting cozy on multiple occasions, and spent New Year’s together! We’re keeping our eye on these two!