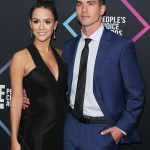 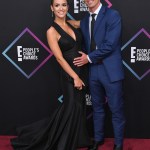 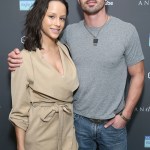 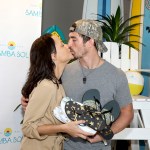 She’s getting close! Jessica Graf has a baby on the way, but while her first and second trimester were ‘easy,’ she told HL EXCLUSIVELY that the third is a different story.

Jessica Graf, 28, and Cody Nickson, 33, announced that they were expecting a little one in September, just weeks before the Big Brother and Amazing Race stars tied the knot. And now, Jessica is 27 weeks in! Where did the time go? “The pregnancy has been flying by,” she told Hollywoodlife.com EXCLUSIVELY. “I am seven months next week, which is crazy to say out loud, and the last couple of weeks have kind of kicked my butt. But I had a really easy first and second trimester, so I think it’s only fair that we take it up a notch. I’ve been super tired with lots of stomach pains and there was a night of food poisoning, so it’s been it’s been a pretty difficult two and a half weeks. But we’re getting through it and I’m feeling good right now.”

Even though her pregnancy is taking a more difficult turn, one thing has been easy! “When it comes to talking about how we want to raise our daughter and what we want our future to be like we are very, very on par,” Jessica said about her husband. “And we are the best team mates.” Considering the two spend so much time with Cody’s daughter Paisley from a previous relationship, it makes sense that they would be on the same page when it comes to parenting. They technically aren’t new at this!

While the mom-to-be has admitted to being nervous about giving birth for the first time — “Who isn’t?” — she has a lot to keep her busy and distracted during the rest of her pregnancy.

That’s because she has an incredibly popular podcast. Now What with Jessica Graf, brought to fans by PodcastOne and The Direct Message and executive produced by Crystal Fambrini and John Ryan Jr, is the second show under this network vertical. The first was Just Between Us with actress Bailee Madison and her sister Kaitlin Valisuso. When the show launched, Jessica hit #8 on Apple Podcasts.

Such an amazing project! Jessica is tackling so many milestones from marriage to motherhood to moving and following along on her journey is such a treat.