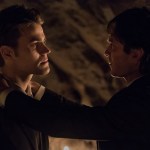 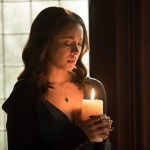 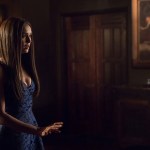 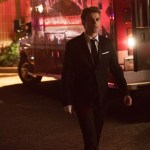 Nina Dobrev celebrated her 30th birthday surrounded by her loved ones, which included ‘Vampire Diaries’ co-stars! See pic of the reunion inside!

It feels like just yesterday we watched The Vampire Diaries. The fandom was divided by love for either Stefan or Damon Salvatore, the brooding vampire brothers fighting for Elena Gilbert’s heart. Well, the show that began in 2009 and ran all the way through 2017 doesn’t only live on in our hearts – it looks like the cast has remained close over the years as well! The CW show’s star, Nina Dobrev, turned 30 years old on Jan. 9, and rang in the milestone birthday with her former Vampire Diaries cast-mates for a Coachella-themed birthday party!

Kayla Ewell, 33, who played Vicki Donovan, shared an Instagram Story from Nina’s party that showed the television stars reunited! Candice King, 31, who played Caroline Forbes, was also at the party. The three smiled and posed for a photo booth image at the party for Nina, who wore a flower crown. All three women looked totally on-theme in the pic!

There were other former Vampire Diaries co-stars of Nina’s in attendance, as well! Michael Trevino, 33, and the show’s executive producer, Julie Plec, 46, also went to Nina’s party! They should’ve just filmed a reunion episode right then and there! So what if it’s only been a couple years since the show ended? We need more!

Kayla also posted a photo on her grid with her husband Tanner Novlan, 33, and Nina. “Thirty years of this amazing woman,” Kayla captioned the picture. “Old roomies, besties, & forever goofballs, I’m grateful for every minute of it. When Nina asks us to embody Coachella, we take it to a whole new level.” That’s absolutely true – everyone looked great at Nina’s party!

It’s so great to see these actors still friends since they filmed the first episode around ten years ago! We wonder where Paul Wesley, 36, and Ian Somerhalder, 40, were since Nina has seemed to remain in touch with them as well. But let’s not wait for Nina’s next birthday for another reunion – how about this cast get on filming a reunion season or movie? Thanks!