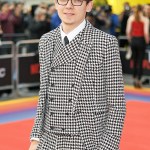 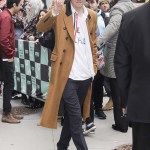 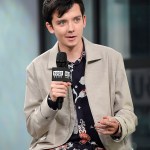 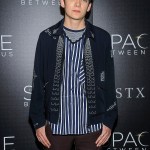 Asa Butterfield stars in Netflix’s latest coming-of-age comedy series ‘Sex Education’! Find out all you need to know about the 21-year-old actor!

1. He got his first big role in Ender’s Game back in 2013. In order to prepare for the role of Andrew “Ender” Wiggin, he was sent to Space Camp to train.“It was painful,” he told Hollywood.com. “There was all sorts of marching, running. ‘Left face, right face’ where you turn in different directions. If one person in the group of about 100 extras, and 10 or so cast [members], made a mistake, everyone had to do 10 push-ups. And we’d be jogging and if one person fell behind, we’d have to do 10 push-ups. Then [the trainers would] extend it… because they’re a bit mean [laughs].”

2. He played the lead role in The Boy with the Striped Pyjamas. Apparently, Asa’s audition tape was the first one director Mark Herman received. Beating out roughly 100 others for the role, the part finally went to the 10-year-old actor.

3. He’s been nominated for several awards. He’s been given the nod for a couple of Saturn Awards, British Independent Film Awards, and more, Asa brought home the gold for Best Youth in Film by the Las Vegas Film Critics Society.

4. For his performance of Otis in Sex Education, Asa researched sex therapy. “My mom is a psychologist in the real world, so we spoke about it leading up to it,” he told Vulture. “She was reading the script and, yeah, it’s fascinating how much impact you can have on someone when they’re in their most vulnerable state. The sensitivity of it was something I found quite interesting.”

5. He revealed he related to his character Otis. “I’m quite geeky,” he went on to tell Vulture. “He’s into his video games, as am I. All the games he plays are the games I play, so it did feel very close to home. There are a lot of references in there which I’ve snuck in.”