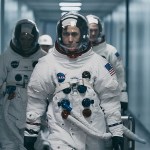 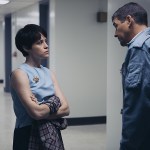 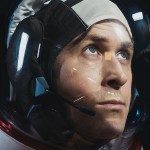 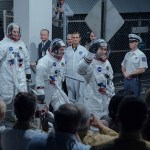 Tom Cross and Damien Chazelle partnered up on Whiplash and La La Land, so when it came time for Chazelle to find an editor for his Neil Armstrong biopic, Tom Cross was the obvious pick. “Whiplash was all about kind of fast cuts and cut at right angles, and La La Land was more about these long takes, and it was more romantic and languid, and for First Man, Damien really wanted to be very gritty, and visceral, and rough, but also very personal and intimate,” Tom explained in an EXCLUSIVE interview with HollywoodLife.com. “It definitely was, for me, a little bit of a return to a form that I really love. In fact, some of the footage Damien shot was very improvised and unscripted, so a lot of it was very documentary-like.”

In an effort to be historically accurate and create an environment for the audience that is as anxious and claustrophobic as the astronauts themselves were in, Tom and Damien referred to NASA archival footage that was often filmed by the astronauts themselves. Specifically, the most intense scene of the film, the failed Gemini 8 Mission, is what Tom describes as the “hardest section of the movie.” “I think Damien and I found that whole series of scenes very daunting to work on. Those scenes loomed very large in Josh Singer’s script, and we knew that if we didn’t get those right for the movie, then we kind of wouldn’t really have a movie. So, those scenes were really scary to work on, but they were also very exciting, because a lot of the scenes, a lot of the moments in the scenes, kind of are about getting into Neil Armstrong’s experience, getting into his head as he climbs into the capsule, and as the ship starts to shake during launch,” Tom, who was nominated for an ACE Eddie Award for First Man, revealed.

As editor, Tom’s mission for this scene was to create an “immersive” experience for viewers. “We wanted to put the audience in the capsule, and have the audience feel that it was really dangerous and scary, and so as an editor that was really fun, because I got to linger on these subjective point of view shots where you feel like you’re walking in Neil Armstrong’s shoes, but then, also what was fun about the sequence is that it had other tones to it,” he explained. “After they launch, it pivots to this beautiful scene of these two ships docking, and it’s set to Justin Hurwitz‘s beautiful waltz music, but then it very quickly pivots back to something very scary when the ship goes out of control and starts to spin.”

Through Tom’s editing, Damien’s directing and the incredible acting of both Ryan Gosling as Neil Armstrong and Christopher Abbott as David Scott, the fear for David and Neil’s lives is ever-present.”Hopefully, it gets to a place where you’re not sure how Neil Armstrong and David Scott are going to get out of this jam. It was a lot of fun for me to create these immersive experiences in the film,” he added.

Be sure to watch First Man, and keep an eye out for the film during Oscar nominations on Jan. 22!