“Did a ting,” Calum Hood, the 22-year-old Australian bassist and vocalist of 5 Seconds of Summer captioned the photo he posted to his Instagram Stories on Jan. 11. Gone was his brown hair, as he underwent a drastic makeover that made him look more like his bandmates, Luke Hemmings, 22, and Michael Clifford, 23. It seems Ashton Irwin, 24, is the only one left in the band with dark hair (unless he decides to swipe Calum’s hair dye.)

Considering the reaction online to Calum’s new hair, the rest of 5SOS might consider getting makeovers. “Calum hood really broke the internet with his dang blonde hair and I’m here for it,” tweeted “shelbs_husky. @aristansbands added that “Hi Calum Hood f*cking killed me with the hair today.” “Calum hood killing us with new hairstyles every break,” added @intellectualsic, while @ifwallscouldmgc needed to hit the CAPS LOCK on their keyboard to fully freak out. ““I WAKE UP AND FIND OUT THAT CALUM HOOD DYED HIS F*CKING HAIR!!!! AND I CAN’T EVEN SCREAM CAUSE MY FRIENDS ARE ASLEEP BUT WHAT THE HELL?!! HE LOOKS SO GOOOOOOOD! WHAT A LEGEND WOW WOWOWOWOW I’m not stable anymore.”

Not everyone was on board with the changeup. “so Calum hood dyed all his hair blonde… idk how to feel about it,” @korybabs tweeted. @Itsleahk didn’t seem happy with it, judging by the series of pictures they shared. However, most fans were absolutely in love with this new look. “just when I thought it was impossible to love him more than i already do and he goes and dyes his hair platinum blonde and I fall in love harder this time. thank u the man, the myth, the legend @Calum5SOS,” tweeted @lilacsdiary 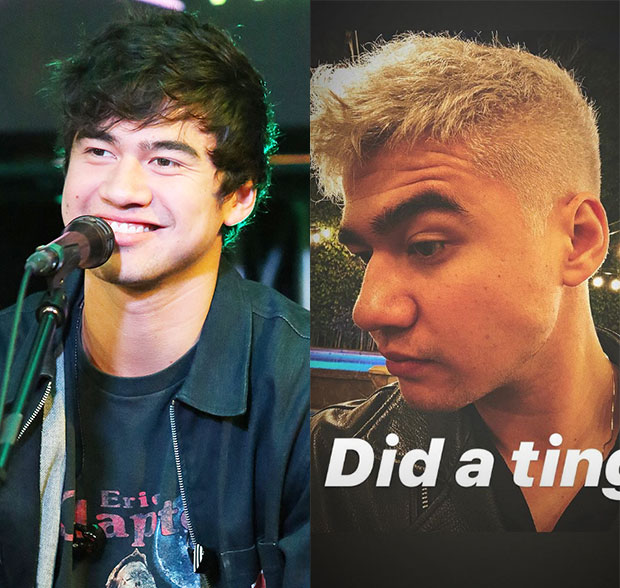 me seeing calum hood with his new dyed hair pic.twitter.com/npkgt7I6K0

In 5SOS news unrelated to Calum’s hair, the band is coming off of one of its biggest years ever. Their title track from their new record, Youngblood, beat out The Carters (Beyonce and JAY-Z) for the No. 1 spot on the pop songs chart during Summer 2018, per Billboard, before going on to be an international smash. The album also beat Bey and JAY’s Everything Is Love for the top spot, giving the band its third No. 1 album on the Billboard 2000 chart.

“We really didn’t expect this,” Michael told Billboard, adding that when the Carters released their album as a surprise after Youngblood dropped, it was “incredibly scary for us. But our fans really rallied behind us. They knew what it meant to us. We’ve always been kind of underdogs. But we were able to show on a large scale, a large platform that we can perform. We also showed that 5 Seconds of Summer means business.”