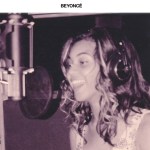 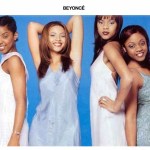 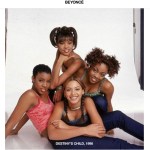 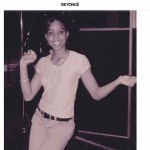 Thank goodness Beyoncé had super attentive parents. They made sure that as teens working with R. Kelly that the Destiny’s Child girls were constantly supervised around the alleged sex predator.

Matthew Knowles was well aware of R. Kelly’s reputation for allegedly preying on teens and young women he worked with. So he and then-wife Tina watched teenage daughter Beyonce and her Destiny’s Child band mates like hawks when they worked with the alleged sexual predator in the late 1990’s. “I was there, and my former wife Tina was there. The thing with R Kelly was, he liked to record late at night, around midnight. And what was different with his studio was that one room had a recording suite, and next door was a club, with 40 or 50 people dancing,” he tells UK’s Metro.

“R Kelly was managed by Sony, by someone I won’t name, and at that time, they would almost force you to record with [their] artists. “And R Kelly wasn’t cheap – it was $75,000, plus travel costs, so we’re talking $100,000 for a song. I personally rejected the song, because I didn’t think it was a good song. Not just because of [his] reputation – this was around 1998, we had just begun to hear some of those things,” he continued.

A 27-year-old R. Kelly allegedly married a 15-year-old Aaliyah in 1994 so the rumors were out there about him allegedly preying on other underage female singers. The publication asked music manager Matthew, 67, if the rumors over Kelly’s reputation weighed on how he was allowed to interact with Beyoncé, Kelly Rowland, LeToya Luckett and LaTavia Roberson and he said “certainly. The girls were 15, 16. When they went to the bathroom, Tina would go with them. They did not leave our eyes.” Following Lifetime’s docu-series Surviving R. Kelly that aired last week, fresh  investigations into alleged physical and sexual abuse by him have been launched in Chicago and Atlanta.

Destiny’s Child was one of the few acts in the late 90s to not have released a song by R. Kelly — real name Robert Kelly — despite the 52-year-old being one of the most prolific R&B songwriters of the time. Matthew told the paper that he rejected several songs on the basis of not liking them, but a source told the publication that he and Tina didn’t want the girls around R. Kelly, period. “Record labels would ask R. Kelly to write songs for emerging artists as a way to help them break into the industry and he made several requests for Destiny’s Child. Mathew and Tina rejected all of them because they didn’t want him anywhere near the band which is why they are one of the few acts to debut in the 90s without an R. Kelly song in its official discography,” the insider revealed.