Taraji P. Henson was a vision in green at the 2019 Golden Globes in LA on January 6! The ‘Empire’ star was all smiles on the red carpet in a plunging, velvet green dress! And, wait until you see her diamonds!

The red carpet is like a playground to Taraji P. Henson! The Empire actress, 48, turned heads on the red carpet at the 76th annual Golden Globes in Beverly Hills on January 6. Taraji showed off major skin in her belted, plunging, velvet green dress, which put her fabulous figure on display. See her full look below!

While Taraji isn’t nominated for a Golden Globe this year, the actress already has one under her belt. In 2016, she took home the Globe for Best Actress in a Television Drama Series for her role as Cookie Lyon in Fox’s hit show, Empire. Taraji is on hand as a present during tonight’s show, which will be hosted by Sandra Oh, 47, and Andy Samberg, 40.

As for when the Empire will return? — While an exact premiere date for the ladder half of season five is still unknown, when the show was renewed, the May announcement called for 18 new episodes. So, fans are guaranteed another nine in 2019. The show’s official Instagram page also teased that “big things are coming this spring,” with a mischievous photo of Bryshere “Yazz the Greatest” Gray. 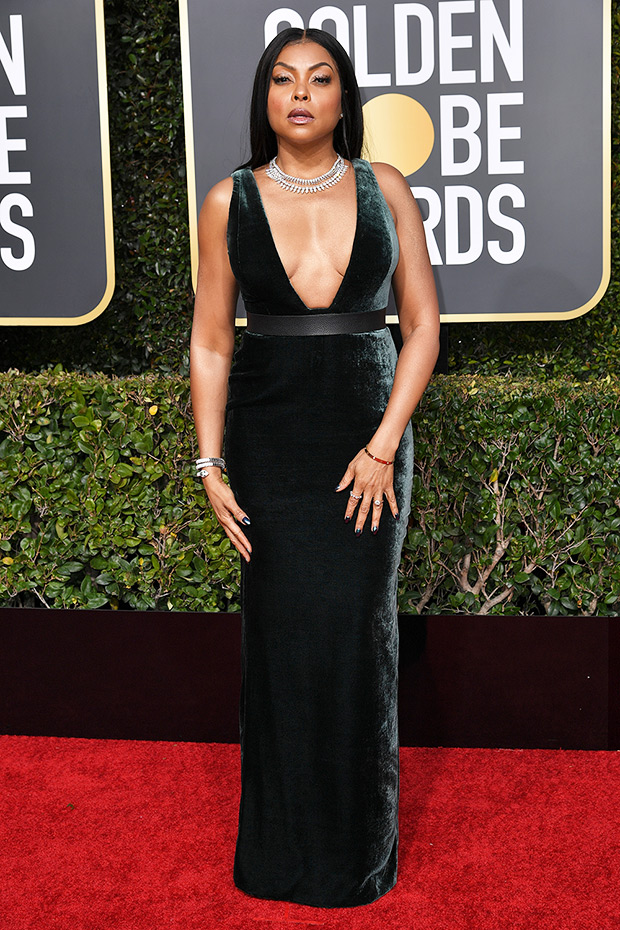 Taraji P. Henson on the red carpet at the 2019 Golden Globes in LA on January 6.

It was quite the year in 2018 for Taraji, who revealed on May 14 that she was engaged to former Super Bowl-winning NFL star Kelvin Hayden, 34. She showed of her circular-cut diamond ring on Instagram and wrote, “I said yes y’all!!!” Taraji was surprised by the engagement after Hayden had already given her a Cartier love bracelet. But, as she shared on IG, the bracelet was for Mother’s Day. “Then he dropped to his knee and I almost passed out!!!”, she gushed. The pair first confirmed their relationship in December 2017.