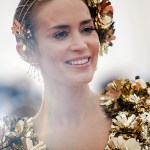 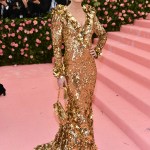 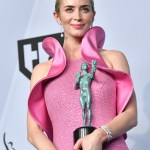 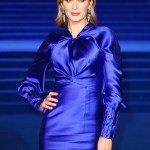 Emily Blunt already seems like she has everything together, but she told HollywoodLife EXCLUSIVELY that she wishes she could be more like her iconic character ‘Mary Poppins.’

Emily Blunt, 35, was perfect as the titular character in Disney’s remake of Mary Poppins Returns, and it turns out that she felt right at home playing the iconic nanny. “I think I never felt so deeply connected and in someone’s shoes as I did playing Mary Poppins,” the actress told HollywoodLife EXCLUSIVELY at Variety‘s Creative Impact Awards during the Palm Springs Int’l Film Fest on Jan. 4. “I sort of wish I could be her in many ways – Just to be more like her!”

And who wouldn’t want to be more like Mary, right? She’s got great style, knows how to handle mischievous children and is a total boss, but just what is it about Mary that Emily admires so much? It’s pretty simple! “Because she’s practically perfect and she’s such a deliciously fun character to play!”

While it was difficult for the A Quiet Place star to pick just one thing that made this project so special, Emily admitted that having so much time to prepare helped make filming the movie as magical as it was. “I think the wonderful thing about this experience is that we had almost a year leading up to collaborate on it, working on it, before we even started shooting anything, so the character was so completely ingrained in me,” Emily said. “I think everybody felt that about the people they were playing. By the time we showed up for shooting, it was just about the colors and sort of details.”

Emily scored a Golden Globe nomination for her role, and many people are betting that she’ll be an Oscar nominee, too. Clearly, her hard work as Mary Poppins really paid off!