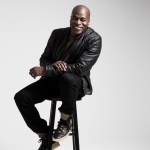 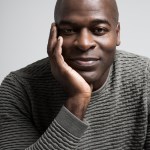 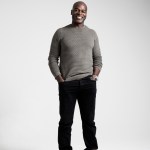 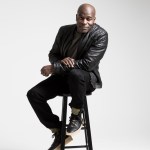 ‘The Blacklist’ is switching things up in season 6. With Red going to jail, where does this leave Dembe? Hisham Tawfiq spoke with HL EXCLUSIVELY about the evolution of his character.

The Blacklist is kicking off season 6 with a two-night premiere on Jan. 3 and Jan. 4 on NBC. Hisham Tawfiq, who plays Red’s right-hand man Dembe, stopped by HollywoodLife to talk about his character in season 6. The season 6 preview has revealed that Red is going to be behind bars. Hisham revealed that the new season is going to feature Dembe stepping out of Red’s shadow and on his own.

“All throughout the seasons, you’ve seen Dembe hand-in-hand with Red,” Hisham told HollywoodLife. “I think only one time when I supposedly poisoned him, you saw me out doing some things on my own. What I think is interesting about this season with Red being locked up is you’re going to see Dembe hitting the streets, going out there on his own, and doing these things that can kind of help his case as far as getting him out of jail. You’re going to see more of Dembe kind of rolling around by himself, doing a lot of things that Red usually does.”

Hisham noted that there’s a “huge difference” between season 6 and the past seasons because of Red being in jail. “The first 5 seasons are predicated on Red being out and helping the task force,” Hisham continued. “It’s a whole different dynamic with him being locked up. Things can’t operate the way that they used to. It sets such a stage for things to happen and things to unfold that have never been seen before.”

Last season dropped the bombshell that Red is not really Raymond Reddington, and Liz Keen knows about it. Liz is one step ahead of Red this time around. With Red being locked up and Dembe and Liz on the outside, these two characters will be interacting more this season. “This is the first season where Dembe and Liz have some conversations,” Hisham said. “The last time Dembe and Liz had a conversation was the season where Red was in this plastic bubble wrap, I think he had just gotten shot, and I told Liz, ‘Go to his house, get this key.’ That was the last time I had a conversation with Liz. In season 6, we have numerous conversations which is pretty cool to do ad II think it’s going to shed some light on where Dembe’s mindset is. He’s conflicted with seeing her trying to get these answers, Red is locked up so now she comes to me and we have these conversations.” After the two-night premiere, The Blacklist season 6 will air Fridays at 9 p.m.