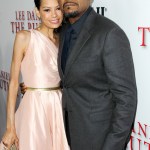 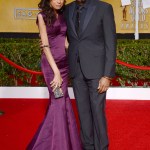 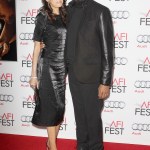 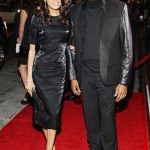 Forest and Keisha went from on-screen love interests to real-life husband and wife, but 22 years later, their relationship has come to an end. We’ve got all the details.

Forest Whitaker, 60, and Keisha Nash, 46, are calling it quits. The actor filed for divorce from his wife of 22 years on Dec. 27, according toThe Blast. The couple spent over two decades together after meeting on the set of Blown Away. Not only did they play love interests, but they fell in love and tied the knot two years later. After their 1996 wedding in Jamaica, they went on to have two daughters together — Sonnet, 22, and True, 20. Both of them had another child from a previous relationship, bringing their brood to four with his Forest’s Ocean, 28, and Keisha’s daughter Autumn, 27.

The two have yet to publicly comment on their split. In fact, the most recent social media post Forest made was on Christmas Day. “Christmas is a celebration of solidarity — a time of the year when we are reminded that the bonds our families, friends, fellow citizens and beyond are based on sharing and bringing joy,” he tweeted. “#MerryChristmas to you all.”

While they were married, Forest directed and acted in countless movies. He is one of the most accomplished faces in Hollywood, taking part in classics like The Butler and Arrival, as well as new hits like Rogue One: A Star Wars Story and Black Panther. His ex also had a career in the movie business, acting in Proud and producing Kassim the Dream.

She spoke on their marriage just last year. “Anything that I’m doing that Forest’s able to be there and come and support me, he absolutely does,” Keisha said. “What makes a good partnership or marriage is when you support one another. I certainly love and respect what Forest does. It’s hard. He works really hard to take care of our family. I think it’s important to show my appreciation by being there for him and supporting him.More than that, I get to hang out with my friend.”