Selena Gomez appears to be home for the holidays! The singer is seen on a ski trip with friends in the first pics since she allegedly entered treatment for anxiety and depression in October.

Selena Gomez‘s fans have been so worried about her ever since she reportedly entered treatment for mental health issues in early October. Now she’s appeared in the first photos since then and looks happy and healthy! In the first pics we’ve seen of her since September, she’s smiling and among pals on a fun ski-tubing trip to Big Bear, CA. She’s posing alongside pals Connar Franklin and Bailee Madison, who posted the photos to their Instagram accounts on Dec. 18 and tagged the 26-year-old in the pics. Sel looks amazing in a long black jacket, black knit beanie, black sweatshirt and black boots that feature a cute furry layer on the top.

These are the first social media pics of Selena since she announced in late September that she was stepping away from Instagram for awhile. It was reported a few weeks later that she decided to enter rehab to help deal with anxiety and depression issues. We’ve reached out to Selena’s reps and the pals who took the pics, which from the Instagram stories appear to have been taken today.

On Sept. 23, Selena shared an Instagram announcement to her fans with the message “Update: taking a social media break. Again. As much as I am grateful for the voice that social media gives each of us, I am equally grateful to be able to step back and live my life present to the moment I have been given. Kindness and encouragement only for a bit! Just remember – negative comments can hurt anybody’s feelings. Obvi.” Sel hasn’t posted anything on her page since, but her friends felt comfortable enough tagging her in their IG photos. 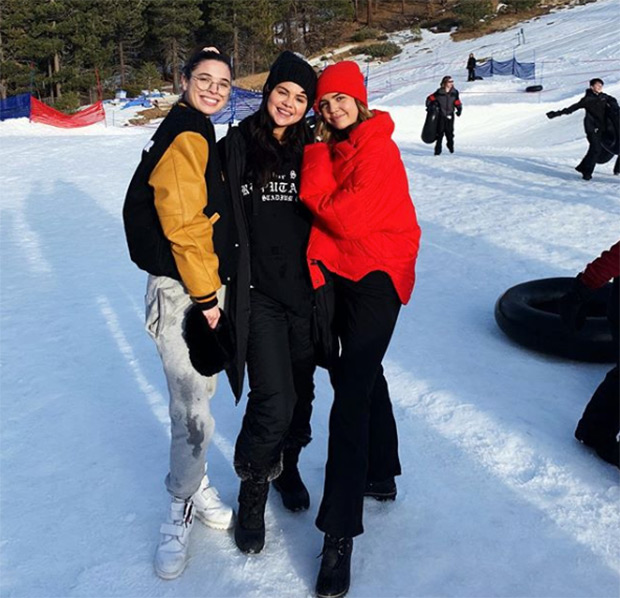 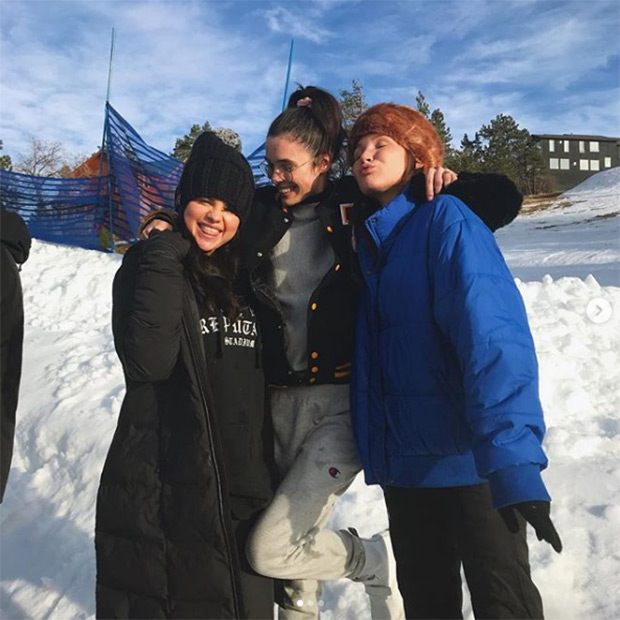 News that Selena entered treatment broke on Oct. 10 after two reported trips to the hospital. The first time was for alleged complications due to her lupus and kidney transplant, which she underwent in the summer of 2017. And, the second time was for a reported emotional breakdown because she was overwhelmed by her health issues, combined with her anxiety and depression. It’s unclear if she’s completed treatment, but being outside and sledding among her pals has to be a good sign that she’s feeling better.