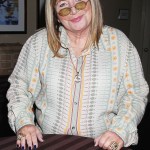 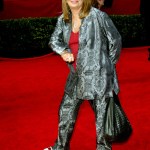 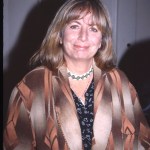 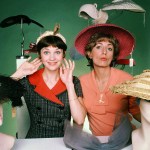 Although we are sad to hear of Penny Marshall’s passing, we will never forget the sitcom star. She leaves behind an amazing legacy — and we’ve got the photos to prove it!

Penny Marshall passed away at 75 from diabetes complications, and while she was one of many celebs gone too soon this year, she left a long and successful career in her wake. She was born Carole Penny Marshall in 1943, and the Bronx native started tap dancing at three before going on to teach at her mother’s dance school. But that was only the beginning of the performing Penny would do in her life! After studying math and psychology at the University of New Mexico for a couple of years, she gave birth to her daughter, married Michael Henry and divorced him two years later. From there, she moved to Los Angeles where her brother Gerry Marshall, 63, was living and writing for television — and where she scored her first acting gig.

Her television debut was as the ‘before’ role in a shampoo commercial. (Farrah Fawcett was the ‘after.’) And once Penny accepted a small role in a film her brother was writing, How Sweet It Is, the small roles kept on coming! She was in Savage Seven and That Girl before becoming a four-year cast member on The Odd Couple. Her real claim to fame, though, was the sitcom Laverne & Shirley, with Cindy Williams, 71. The characters originated in a Happy Days guest appearance and went on to grace the silver screen for eight seasons.

But Penny didn’t just excel in front of the camera — she was amazing behind it, as well! She made her directorial debut on the set of Laverne & Shirley, but moved on to other TV shows from there, and then feature films like Big, A League of Their Own and Riding in Cars With Boys.

As if all of this wasn’t enough to keep her busy, Penny had an active social life too. After divorcing her college sweetheart, she married Rob Reiner, 71, and he adopted her daughter Tracy, 54. Although they divorced after a decade, they had five grandchildren. Penny was also linked to Art Garfunkel, 77, and they remained close friends even after their split.

She was diagnosed with lung cancer in 2010, but announced that she was in remission two years later. After her tragic Dec. 18 passing, Penny’s family released this statement about her. “Our family is heartbroken over the passing of Penny Marshall. Penny was a tomboy who loved sports, doing puzzles of any kind, drinking milk and Pepsi together and being with her family.”

Check out the gallery above for a look at Penny’s life!