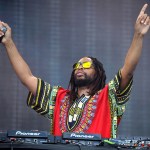 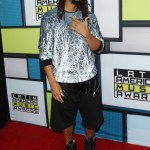 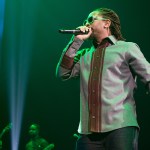 Did Lil Jon just release the best new holiday song ever? In the words of the Kool-Aid Man: ‘oh yeah!’ Everyone is blasting ‘All I Really Want For Christmas’ so check out the surprise holiday banger here.

Forget “Winter Wonderland.” Toss “Jingle Bells.” His pause on “Santa Claus Is A Black Man” (which is a real song that’s also amazing.) Lil Jon, 47, has released the banger of the holiday season that’s probably going to be the best Christmas song of all time. The crunk icon teamed up with a fat, jolly man in red and no, it’s not St. Nick, but…the Kool-Aid Man. Yes. Really. “All I Really Want For Christmas,” released on Dec. 18, sees the “Get Low” rapper get jolly with Kool-Aid. In typical Lil Jon fashion, the track looks to deck the halls – be they in the home or in the club.

“All I really want for Christmas is everything on my list,” Lil Jon raps. “Having a party on Christmas eve/ And I got a whole lot of Christmas glee/ Whole lot of gifts I’d like to receive/ And you know all year I’ve been planting them seeds,” he adds, per Billboard. And when it comes to what festive beverage Jon wants during this Yuletide season? “Feliz Navidad / No Egg Nog / More Kool-Aid!”

The video is what everyone expects it to be. A dancing Santa. A random snowman in the hallway. More Kool-Aid than anyone could drink. Lil Jon being Lil Jon (the fact that he’s not fronting by saying he wants peace on earth or goodwill to men, but everything on his list, is pretty hilarious.) It even starts off in the best way, with the Kool-Aid Man pulling off his signature move: crashing through a wall while shouting, “Oh yeah!”

Lil Jon and the Kool-Aid Man is the greatest Christmas team-up since Rudolph partnered with Frosty The Snowman in those old Rankin/Bass holiday specials. It wasn’t just a bit of Christmas magic that brought these two together – it was creative agency mcgarrybowen Chicago and Kool-Aid’s parent company Kraft Heinz, according to Ad Week. The video and song was a way to “give fans young and old the holiday party anthem they never knew they needed.”

“It’s not every day people hear a song from two icons like Kool-Aid Man and Lil Jon,” Rachel Drof, Kraft Heinz’s marketing director of beverages, said in a statement about the track. “We love finding unexpected moments to bring fun into peoples’ lives.”